A video wizard has tackled the long building experience of the huge LEGO Star Wars 75192 Millennium Falcon – entirely in stop-motion.

Kevin Parry, a stop-motion animator has gotten his hands on one of the biggest LEGO sets of all time – 75192 Millennium Falcon – lending his video wizardry to the creative process of building such a massive model.

Taking to Twitter to share his creation, Parry demonstrates the long-winded experience and shortens it to just under three minutes. Brick by brick the model comes together with minifigures taking their spots in the rooms of the spacecraft.

From Rey, BB-8 and Finn enjoying a game of Dejarik to Han Solo, Chewbacca, C-3PO and Princess Leia piloting the iconic ship, everyone has their place.

As noted by replies in the comments, the exact placement of each landing leg at the beginning suggests that the process was filmed in reverse then edited before upload.

Whilst not confirmed by the creator, this doesn’t diminish the effort that a project such as this requires, especially with a minimum of 7,541 frames to shoot in the correct lighting and angles, corresponding to the number of pieces included in the build.

LEGO Star Wars 75192 Millennium Falcon is available now from the official online stores and physical locations for £649.99 / $799.99 / €799.99. You can read our in-depth review to find out more about the third largest set currently available for purchase. 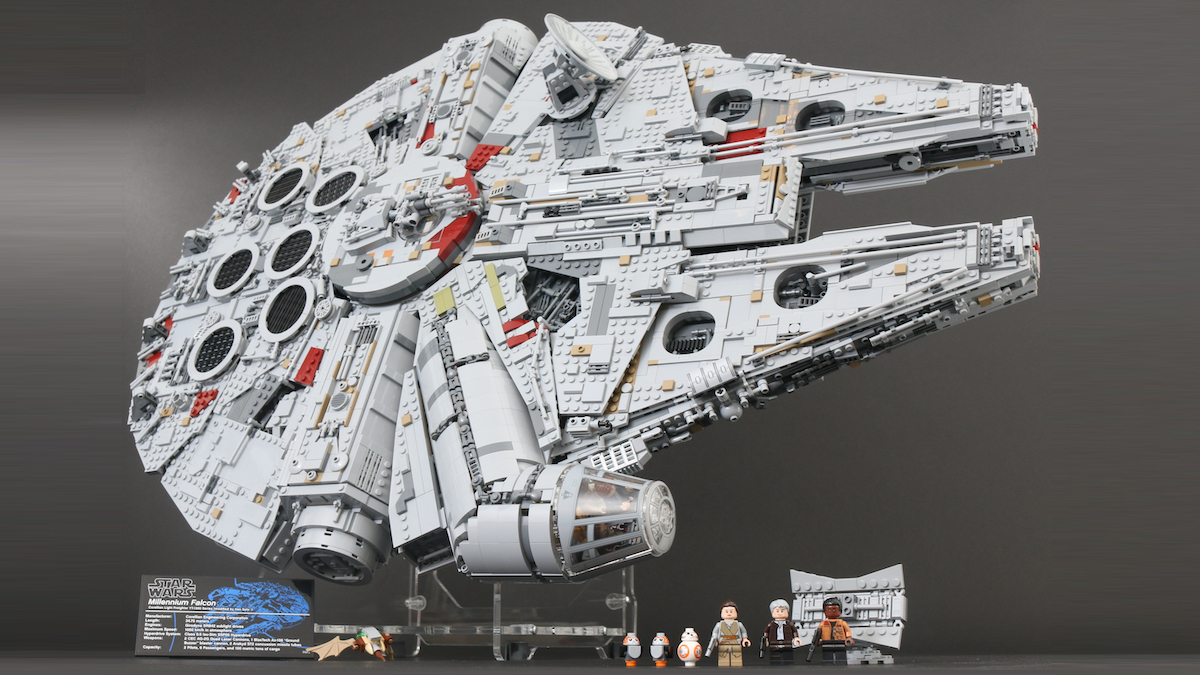