The second of this year’s LEGO Christmas 2021 gifts-with-purchase – which was officially cancelled by the LEGO Group – has popped up on eBay.

40489 Mr. and Mrs. Claus’s Living Room was originally intended to follow 40484 Santa’s Front Yard as the second seasonal GWP in 2021, but was ultimately shelved for not meeting the LEGO Group’s ‘strict quality standards’, whatever that means.

At least one copy of the festive set has made it out into the wild, however, because it’s now up on eBay in Poland. And the lure of purchasing a cancelled set is clearly proving too much to ignore for some fans: at the time of writing it’s already racked up 16 bids, to the tune of £70, and with a full six and a half days left on the auction.

At that rate, the price could really go into the stratosphere on this one, but it’s not terribly surprising given this could be the one and only opportunity to bag 40489 Mr. and Mrs. Claus’s Living Room. Although if it’s not – and the LEGO Group decides to tweak it for launch in 2022 – whoever ends up shelling out for this copy could come to regret it.

Regardless, for those of us without the deepest of pockets, the eBay listing does at least give us a better look at what’s included in the vignette – including Santa’s naughty list. The printed 2×3 tile mirrors the ‘nice list’ included in 40499 Santa’s Sleigh, and is paired with a grumpy face for the St. Nick minifigure. 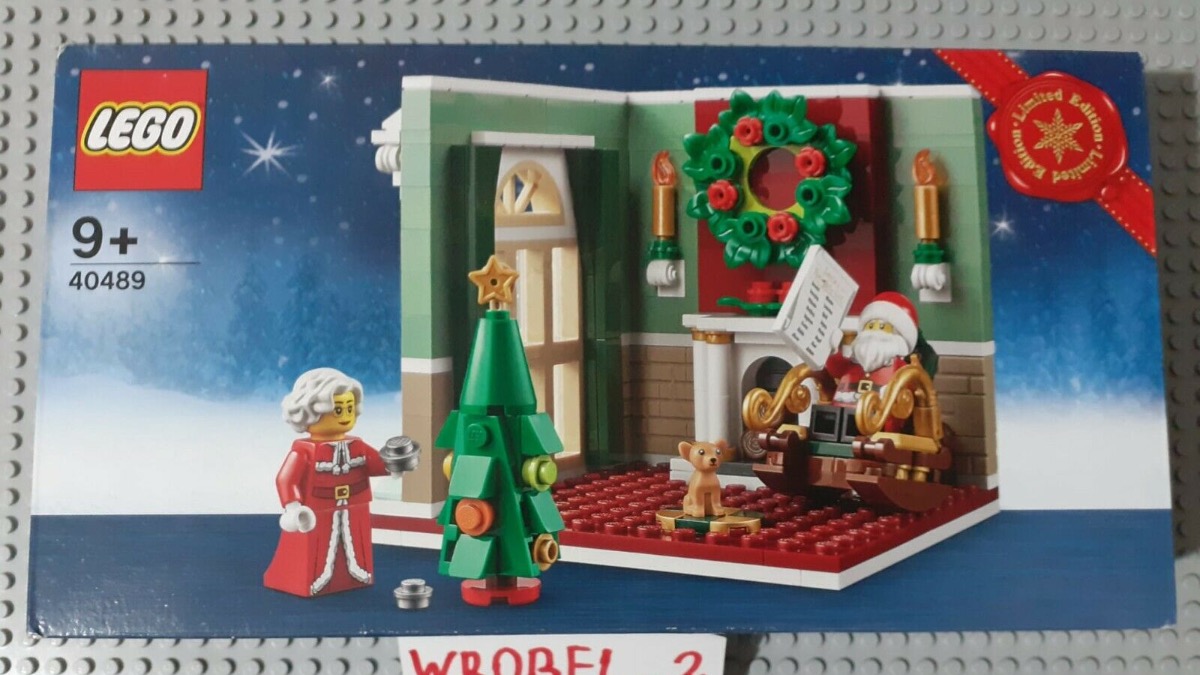