The LEGO Group is set to debut their first minifigures for Marvel’s Captain Carter soon, and there are quite a few differences between the brick-built iterations.

With the reveal of 71031 Marvel Studios, LEGO Marvel will soon be introducing not one but two minifigures for Peggy Carter thanks to 76201 Captain Carter & The Hydra Stomper and the new minifigure series, doubly treating fans who have waited for the LEGO Group to represent the character.

Whereas both minifigures are based on the super-soldier version of Peggy Carter from the upcoming What if..? series, they still accurately depict the character as seen in Captain America: The First Avenger and her titular TV series too. The number of differences between the two minifigures is immediately noticeable, mostly because of the distinct quality of prints and pieces between sets and Collectible Minifigures.

The first change that we can see in the newly revealed Captain Carter from 71031 Marvel Studios is the brighter colours used, but that may be because the version seen in 76201 Captain Carter & The Hydra Stomper depicts a stealth suit, for which the red white blue of the British emblem might not be ideal. This difference is mirrored in the shield too, with the printing remaining similar between the two.

Arguably the most notable difference is the addition of a new hair piece in 71031 Marvel Studios. When combined with the more recognisable colour scheme, side printing and dual moulding, it’s fair to say that the newer Peggy Carter is the more tempting of the duo even though they are due to release within a month of each other.

LEGO Marvel 76201 Captain Carter & The Hydra Stomper will release on August 1 with the stealthier minifigure whilst the other will launch as part of 71031 Marvel Studios on September 1. For more on the latest Collectible Minifigures Series, read on how their origins came from more than just concept art. 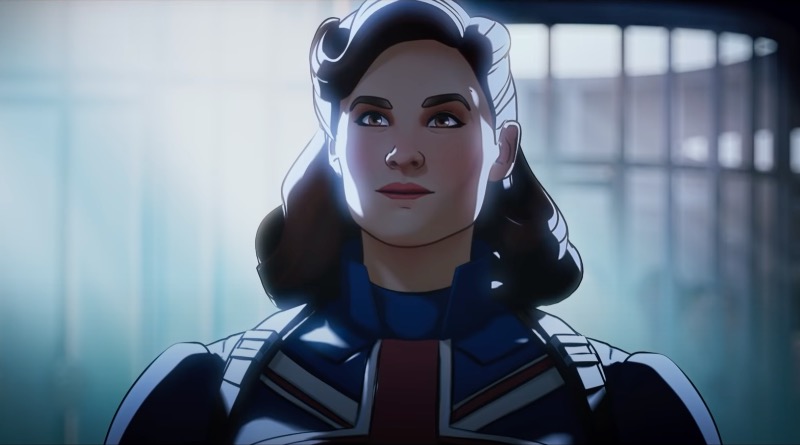