A new LEGO set based on the upcoming video game Overwatch 2 has been revealed by a retailer, including a brand new minifigure for the theme.

The LEGO Group looks to be continuing its partnership with Activision Blizzard – despite the ongoing lawsuit against the company – as French retailer La Grande Récré has uploaded the first photos of LEGO Overwatch 76980 Titan, with the box art disclosing that this model will tie into the scheduled sequel for the popular video game.

The build is based on the huge Null Sector robot seen in the cinematic reveal trailer for Overwatch 2, and includes returning character Tracer – who receives a new minifigure reflecting her updated design – and new hero Mei, the latest playable character to join the game since the last Overwatch set in 2019.

Tracer features the same hair piece as the minifigure in the original wave in 2019. However, Mei includes a new hair element as well as a printed dome piece to represent Snowball, her robotic companion.

You can compare the official model to the initial trailer by clicking on the video above. The French retailer lists this set with a price of €81, though no release date is mentioned.

The description on the set’s listing discloses that a light brick is included for the chest laser that the titan uses in the cinematic. LEGO Overwatch was rumoured to return in 2022 as part of a Gaming theme, though there is no sign of such a theme on the box.

Activision Blizzard is currently facing a lawsuit from the California Department of Fair Employment and Housing, which alleges that the company’s management engaged in discriminatory hiring and employment practices, allowed and encouraged sexual misconduct towards female employees, and maintained a ‘frat boy’ culture.

We’ve reached out to the LEGO Group for comment. 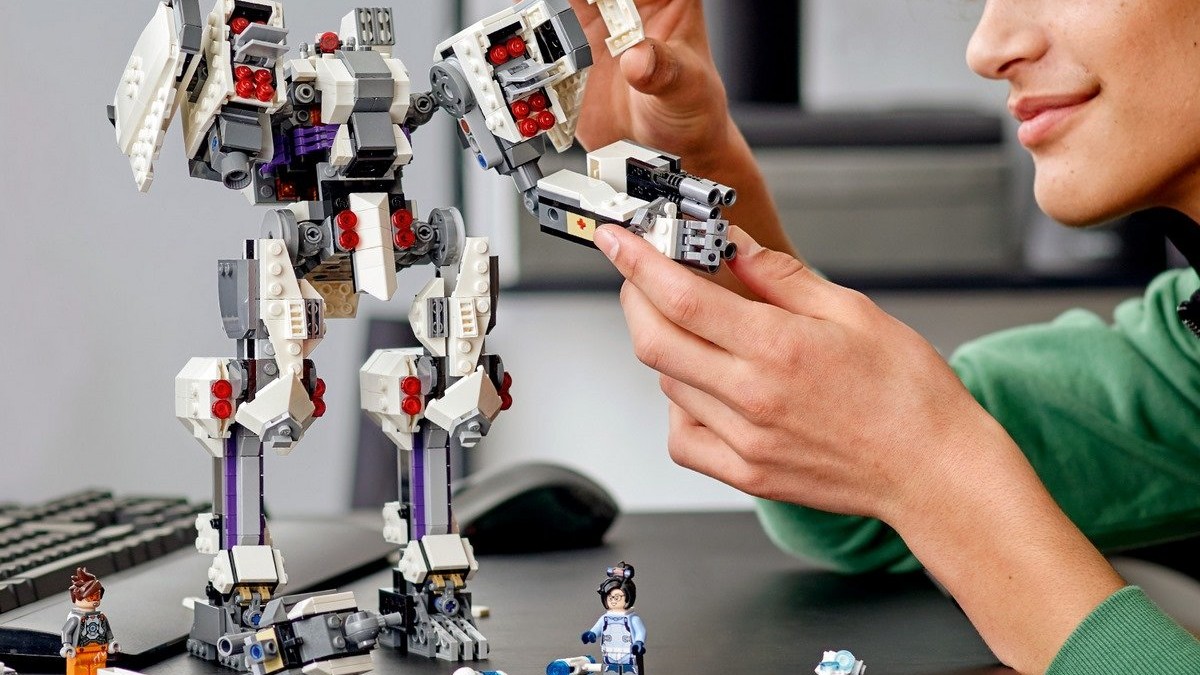