One of the upcoming LEGO Marvel The Infinity Saga sets has been reviewed early, giving us our first look at 76190 Iron Man: Iron Monger Mayhem before the incoming release.

Brickset has reviewed the LEGO Marvel model ahead of its release, giving us a much clearer and in-depth look at the summer set, as well as its exclusive minifigure assortment. A trio of characters are included with the first LEGO appearance of Obadiah Stane, an updated Iron Man based on the first movie and a refreshed Pepper Potts.

The namesake of the set is the primary model for the build and the Iron Monger looks just as intimidating fully assembled than it did on the box art, with the metallic sheen providing an industrial finish. One interesting element for this build is the arc reactor, which can glow in the dark.

The back of the main model can also be seen with the detailing carrying one to the rear but without the titanium colour. In terms of the colour scheme, the play features are integrated smoothly with only one brighter element, other than the hand repulsors, visible as part of the mechanisms.

The only other build in the set may also be a reference to the Iron Man movie with a box of extra pieces that could be mistaken for the box of scraps that Tony Stark made his first suit of armour with. 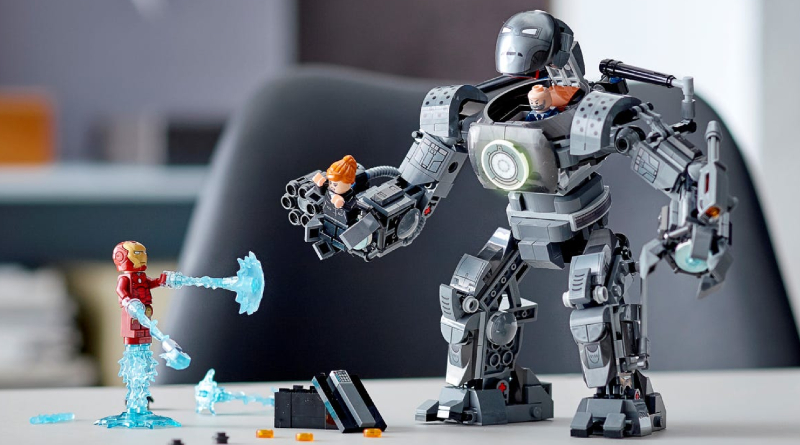