The LEGO BrickHeadz Pets subtheme will expand later this summer with a second breed of dog in 40479 Dalmatians.

The first brick-built pooches arrived in January with 40440 German Shepherd (review), alongside a pair of feline friends in 40441 Shorthair Cats (review). Those two sets were then joined in March by 40442 Goldfish (review) and 40443 Budgie (review).

With all the traditional bases covered (cats, dogs, birds and fish – sorry, hamsters), it looks like the subtheme is now digging into more varieties of those animals – starting with 40479 Dalmatians, which has today been revealed by LEGO Fan Media including Brickset.

The character numbers for the Dalmatians are 131 and 132, which means six numbers in the series (133-138) are currently vacant – suggesting another three Pets two-packs may be in the works for later this year. The current batch are available to order now at LEGO.com. 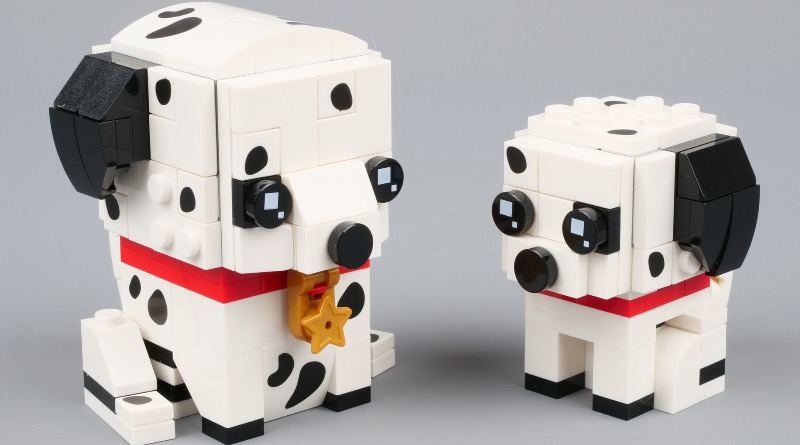