The first review of the 2021 LEGO Star Wars Advent Calendar has landed online well ahead of the festive season, giving us a look at the minifigures.

Christmas may still be months away but it seems that some stores are taking the LEGO Group’s recent cues to kickstart the holiday early as one YouTuber has managed to find a copy of 75307 Star Wars Advent Calendar already.

Ashnflash found the collection of daily doors in a Mastermind Toys in Canada and was able to purchase the set early, despite the release date officially confirmed as September 1.

This stroke of luck means that anyone hoping to count down the days for themselves with a galaxy far, far away can get a sneak peek of what to expect. Anyone hoping to keep it a surprise may want to click away now.

The snowy base for displaying the builds is festively themed with string lights and more and may even be referencing the icy planet on which the Razorcrest was stranded. Each one of the three new Mandalorian models are also depicted in miniature form but the star of the show is the two exclusive minifigures.

This first look reveals every detail of the new print designs, including the seasonal red and green costume that keeps Grogu warm and the titular character only featuring an additional scarf on top of the normal minifigure. The patterned clothing also continues on the rear of the torso.

“I think it’s really interesting that the LEGO designers decided to only focus on one thing here being The Mandalorian, I don’t think they’ve really ever done that,” commented the YouTuber. “I like some of the firsts here that we are getting with The Child’s crib and even two of the builds, like maybe that’s a tease for something in the future?”

75307 Star Wars Advent Calendar will release on September 1 alongside the other four LEGO countdowns from CITY, Friends, Marvel and Harry Potter. 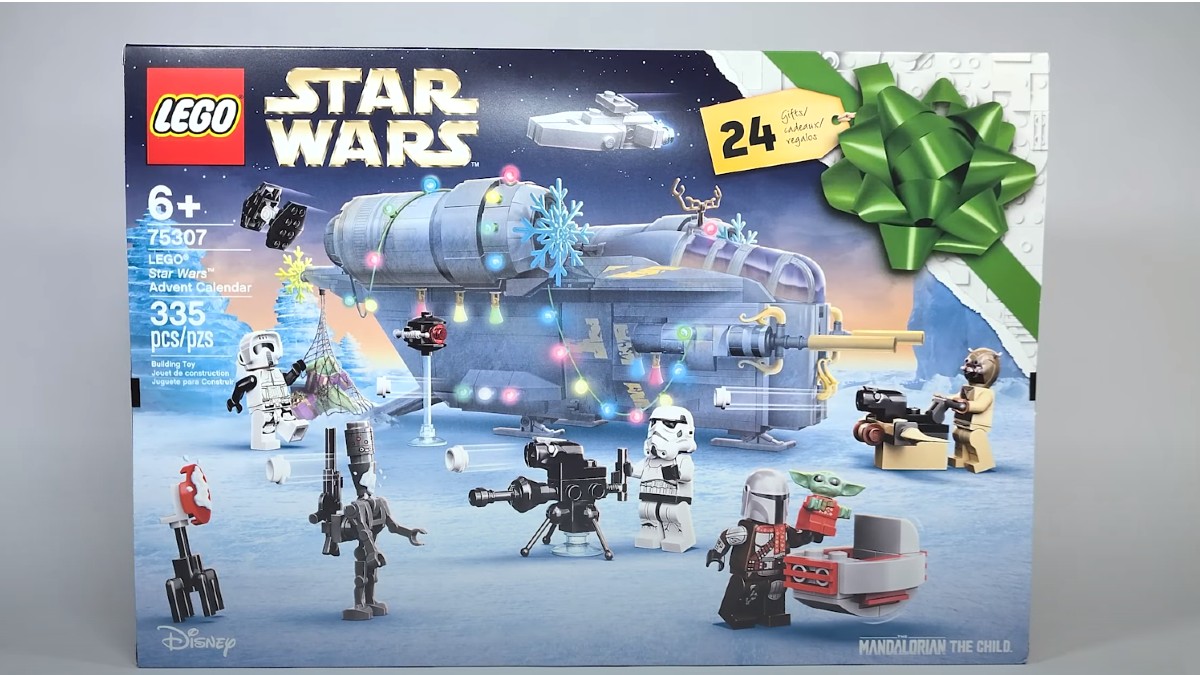