The debut trailer for Marvel’s Eternals has just arrived online, giving us a first glimpse at the tie-in LEGO sets on the silver screen.

Thanks to multiple pandemic-prompted delays to the Marvel Cinematic Universe movie – and several LEGO consumer catalogues – we’ve already seen the four Eternals sets due for release later this year, months ahead of both their release date and the premiere of their accompanying film.

Without the source material to connect them to, however, it’s been difficult to know what to make of 76145 Eternals’ Aerial Assault, 76154 Deviant Ambush!, 76155 In Arishem’s Shadow and 76156 Rise of the Domo. That’s still true for the most part, but Eternals’ first trailer does give us some grounding for this intriguing quartet of Marvel sets – particularly 76156’s strange triangular ship.

You can check out the trailer for yourself by hitting play on the video above, then head here for the clearest images available of all four Eternals sets and their minifigures. There’s no word yet on when exactly they’ll land on shelves, but the movie itself will arrive in cinemas on November 5, 2021.

The next wave of Marvel sets to hit shelves will take advantage of the lull in MCU releases to revisit key moments in the Infinity Saga. You’ll be able to grab those models from June 1. 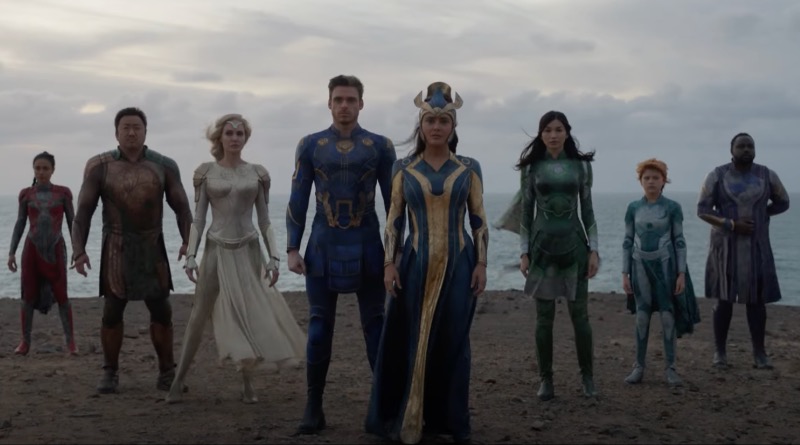