LEGO Star Wars: The Skywalker Saga will apparently include as many as 800 characters, so here’s five who should definitely make the cut.

If that number seems eye-wateringly high, even a quick skim of Wookieepedia’s surface will tell you that TT Games won’t have needed to plumb the depths of Star Wars lore to reach it, and only 300 or so of them will actually be playable.

But that doesn’t mean the developers will necessarily have included all the obvious choices, so we’re here to remind them that there are some characters they really can’t ignore in a LEGO Star Wars video game. And no, we’re not just talking about Yaddle.

Old gonky has been a staple of the LEGO Star Wars video games from the off, so it seems very likely that he’ll show up in LEGO Star Wars: The Skywalker Saga. But just in case, we couldn’t resist giving him one last push.

Even when the LEGO games abandoned their classic grunts in favour of voice acting – whether lifted straight from a movie in LEGO The Lord of the Rings, or with an original script in LEGO Batman 2: DC Super Heroes – they still leaned heavily into the visual gags the series has always been known for.

One of the greatest examples of that timeless humour arrived all the way back in LEGO Star Wars II: The Original Trilogy in 2006. A single wrong turn in the Death Star (easily done – it’s no moon) saw players stumble into the onboard spa, where Stormtroopers (or Beach Troopers, as they were obviously dubbed) could be spotted chilling out in the Imperial jacuzzi.

Do we need them in LEGO Star Wars: The Skywalker Saga? No. Will we riot if they aren’t included? Maybe.

LEGO Star Wars video game veterans will know that few characters can compare to the Force Ghosts. They swing lightsabers, they move bricks with their minds, and they also happen to be indestructible. If red brick power-ups feel too much like cheating, these invincible Jedi are the next best thing.

For reasons known only to TT Games, LEGO Star Wars: The Force Awakens omitted Force Ghosts entirely – even in its downloadable content packs, which added characters from the prequel trilogy, Freemakers, Rebels and Clone Wars. With a mooted 300 playable characters in The Skywalker Saga, though, we can only hope the ghosts will be back, ready to wreak havoc on the corporeal world once again.

Just look at the Rebel Friend and tell us you don’t want to see him in LEGO Star Wars: The Skywalker Saga. Even while his friends are dying around him, slaughtered by Darth Vader and the Stormtrooper legion that boards the Tantive IV in the opening scenes of A New Hope, his earnest desire to just help out his buddies can’t be quashed.

Okay, so he’s a bit of a meme character at this point, but that just makes LEGO Star Wars’ answer to Star Trek’s red shirt even worthier of filling out The Skywalker Saga’s character list. There’s no better way for TT Games to pay tribute to its storied past than with a stoic rebel trooper who just wants to be your friend.

Plus, LEGO Marvel Super Heroes and its sequel both included an unlockable Stan Lee, so at this point it’s almost more bizarre that George Lucas hasn’t been available in a LEGO Star Wars game. The Skywalker Saga would be the perfect chance to rectify that fact, so please, TT Games: don’t pass it up. 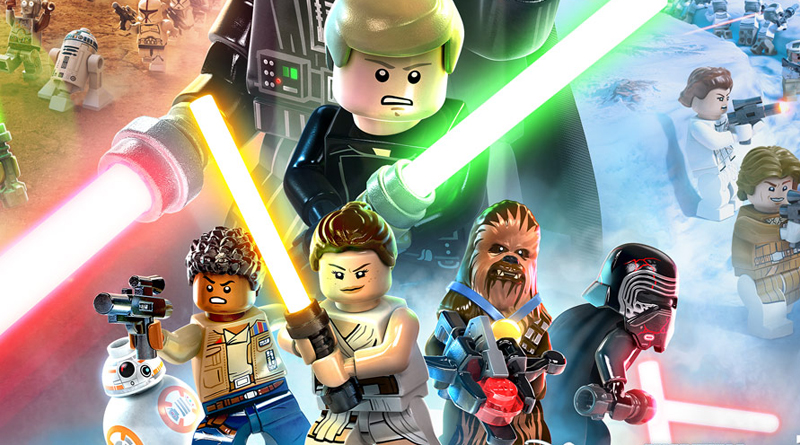