The LEGO Botanical Collection is a new subtheme of LEGO for Adults sets that explore the natural world, but what if the range was a little more fantastical?

The LEGO Group partners with many companies to produce their wide array of themes. Although the theme has solely stuck to real species of fauna so far, we wonder what would happen if the designers peered beyond the licensed curtain.

That idea might seem unusual, but some unique and colourful designs have come from allowing creative minds to wander free when it comes to the natural world. As such, here are five fantastical flora that could make for good models in the LEGO Botanical collection. Alternatively, check out five regular plants that deserve a spot in the range.

Hailing from Harry Potter and the Chamber of Secrets, this twisted tree features a gnarled design that naturally moves to trap and terrorise its accidental automotive prey.

The Whomping Willow has received an official model already in 75953 Hogwarts Whomping Willow, but one part of the Botanical Collection could realise the tree at a proper minifigure scale, capturing an authentic amount of detail to pair with either your Harry Potter builds or simply place around the home to represent the Wizarding World.

Returning to Harry Potter for a second spot on this list, we also return to the LEGO Botanical Collection’s consistent trend of creating life-sized recreations of plants. Whilst the Whomping Willow might be too large for such a model, a Mandrake would be the perfect size for such a thing.

These potted sentient floras dislike being removed from their soil home, and reveal their screaming face when doing so. This could bring a touch of function to the LEGO Botanical Collection, allowing fans to lift the brick-built Mandrake from the shaped soil and pot to showcase the angular face, without the uncomfortable screams.

As another build that would likely need to avoid a life-sized recreation, the hulking Ent Treebeard from The Lord of the Rings has had a minifigure-scale version in 10237 Tower of Orthanc. With the theme long since retired, but a new chapter of the franchise on the horizon, we’ve already wondered whether LEGO The Lord of the Rings could return in 2022.

One way that the LEGO designers could revisit the story without dedicating a full wave of sets to it is by adding Treebeard to the Botanical Collection. By allowing a similar size of 10289 Bird of Paradise to the fantastical character could lead to a much more detailed interpretation that we’ve already received, whilst still blending in with the other natural models in the subtheme.

The world of Super Mario might not seem the most applicable to the intricate LEGO for adults models, but it could be interesting to see what twists the LEGO designers introduce to redesign such an iconic Nintendo flower.

Rather than approach the Fire Flower at a larger scale, this could be the cheapest Botanical Collection sets below even 10281 Bonsai Tree, but still feature the usual amount of attention that these natural builds have received so far. This may be one of the more unusual picks from the list, but should the LEGO Group introduce more franchises than Mario we’d also name The Legend of Zelda’s Deku Tree as an honourable mention.

LEGO for Adults has already ventured into the world of complex minifigure-scale sets in 75296 Darth Vader Meditation Chamber, but what if that was to be combined with the natural beauty of the Botanical Collection?

Poison Ivy would be a perfect way to link minifigures and flora in an introductory build, embracing the character’s control over plants in a sculpture that blends minifigure and models like never before. Perhaps this could be combined with some real species of plants as a mix of educational and fantasy in one creation. 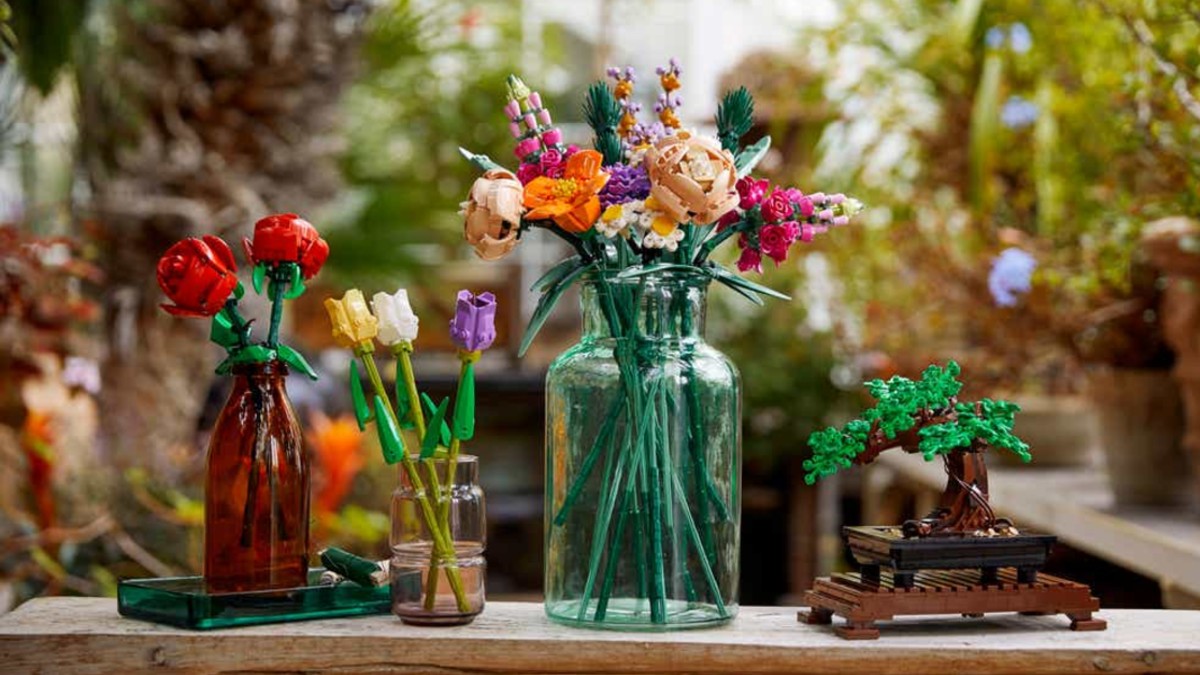