It’s a hard fact of life that LEGO sets almost always increase in price after they retire – but these five sets have appreciated far better on the aftermarket than anyone could have expected.

Spend enough time in the LEGO game, and you’ll develop a real knack for predicting which sets are practically guaranteed to rise in value on the secondary market. Huge, expensive Star Wars sets – Ultimate Collector Series and Master Builder Series models – are usually a dead cert, as is anything that’s part of a wider, ongoing collection, such as the modular buildings or Winter Village sets.

But then there are the outliers: the sets that appear to have no immediate, inherent value or points of interest above and beyond any of their contemporaries, but which still command eye-watering prices on BrickLink and eBay. Whether they’re very recently retired, use middling designs or just draw on obscure source material, these five sets are among the last you’d expect to shoot up in price – but that’s exactly what they’ve done.

Originally retailing for a not-insignificant £249.99 / $269.99 / €269.99, the biggest set to come out of The LEGO Batman Movie had a few things going for it in 2017: it was the first set to introduce roller coaster track; it had several exclusive minifigures; and it still holds up today as a pretty decent design.

But 70922 The Joker Manor also grated on the subset of fans asking for a traditional Wayne Manor set, and with the huge number of TLBM sets alongside it – and its high price tag – it didn’t find a whole lot of favour upon release. Fast forward to today, and you’ll need to spend roughly £470 to bag it new on BrickLink. Looks like the real joke was on all of us who skipped it in 2017.

Friends and houses go together like 75309 Republic Gunship and controversy: where you find one, you’ll surely find the other. That just makes the price increase of 41340 Friendship House all the more puzzling, particularly because it only retired two years ago, and was readily available at discounted prices while on shelves.

Nevertheless, the 2018 set – which was originally priced at £59.99 / $69.99 / €69.99 – will now cost you roughly £110 to snag on BrickLink. Not the most expensive set on this list, nor the biggest percentage increase, but certainly one of the most surprising for a model that’s otherwise perfectly fine, but not immediately eye-catching.

Another seemingly innocuous set from an in-house theme, 70626 Dawn of Iron Doom is based on the seventh season of the NINJAGO TV show, The Hands of Time. But while its Snake Mech and slice of scenery might not have the same lasting legacy as NINJAGO’s biggest and best sets, it’s certainly holding its own on the aftermarket, coming in at £208 new on BrickLink.

The minifigures may have something to do with that, however: the two Time Twins currently weigh in at an average of £57 each, enshrining them among the NINJAGO theme’s rarest and most valuable minifigures to date.

It may have featured heavily in the final season of The Clone Wars, but 8019 Republic Attack Shuttle is still a middling design of an obscure (and not very aesthetically-pleasing) vehicle that hasn’t aged brilliantly since its launch in 2009.

Factor in that its minifigures use the weird Clone Wars designs from that late-2000s era, and it’s almost baffling to learn that this once-£49.99 set will now cost you £207 new on BrickLink. Although Mace Windu’s weird face would probably work pretty well for a post-defenestration minifigure from Revenge of the Sith, so… there is that.

Technically part of a series in the same way as the modular buildings or Winter Village sets, 21027 Berlin’s meteoric rise in value on the secondary market could be explained by fans aiming to complete their Skylines collection.

Given these sets typically appeal to people who live in or have visited the cities they depict, though, it feels like there’s less impetus to grab them all compared to other long-running series. Its popularity may therefore also have something to do with its design, which doesn’t feel dated at all, but it’s still tough to believe the £24.99 set has reached an average new price of £163 on BrickLink.

The popularity of 21310 Old Fishing Store (and LEGO Ideas fan designer Robert Bontenbal’s adjacent concepts) is well-documented, but what’s really astonishing about this crowdsourced set is just how quickly it’s appreciated since retiring, rocketing past even recent modular buildings. 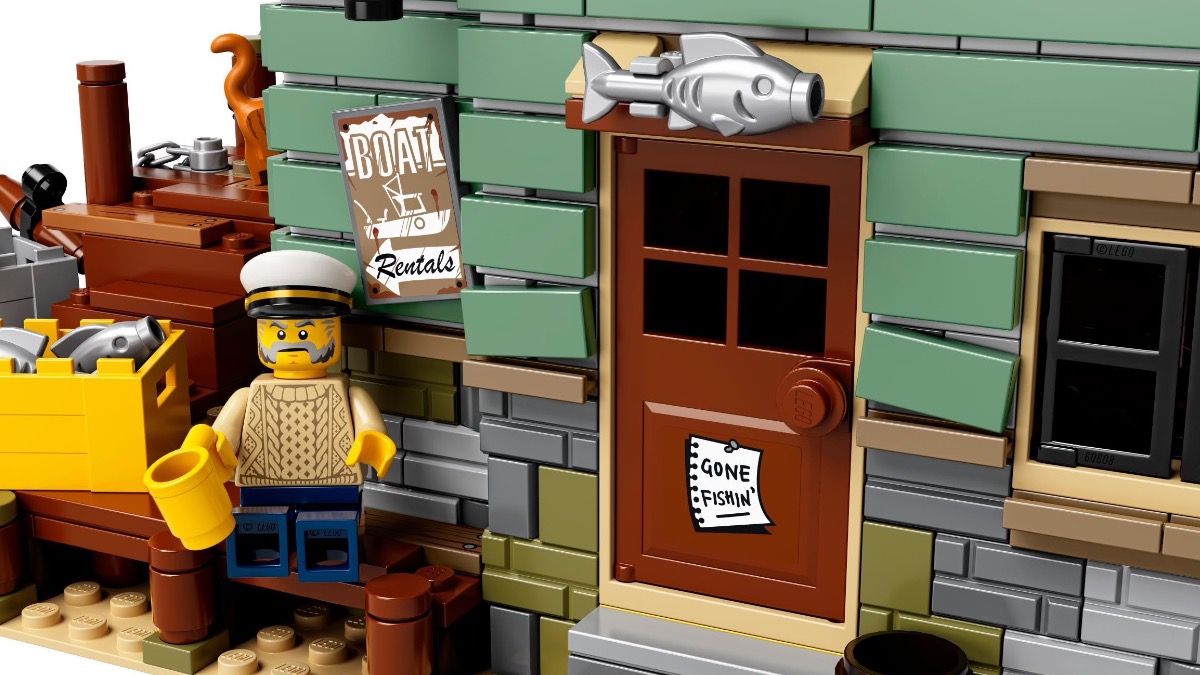