The latest issue of Top Gear magazine includes a free copy of the first and only LEGO Speed Champions set of 2021 released so far.

Before you drop everything and rush out to Sainsbury’s or Tesco – the two retailers apparently stocking the Electric Awards issue of the automotive magazine – the set in question is only the polybag 30343 McLaren Elva. But on the other hand, the set in question is the polybag 30343 McLaren Elva, the one and only Speed Champions model released in 2021.

More are reportedly on the way this summer – one has already inadvertently landed on store shelves in the US – but this is the only way you’ll get a brand new Speed Champions fix until then. The blue Elva consists of 85 pieces, four wheels and, in true Speed Champions form, a whole bunch of stickers.

With a cover price of £5.25, this is technically more expensive than just buying the polybag outright from Asda, where it’s been available for much of the first half of 2021. But if that supermarket chain isn’t local to you (or just hasn’t offered much in the way of LEGO polybags), the new issue of Top Gear magazine provides at least one alternative way to secure the cool blue car. 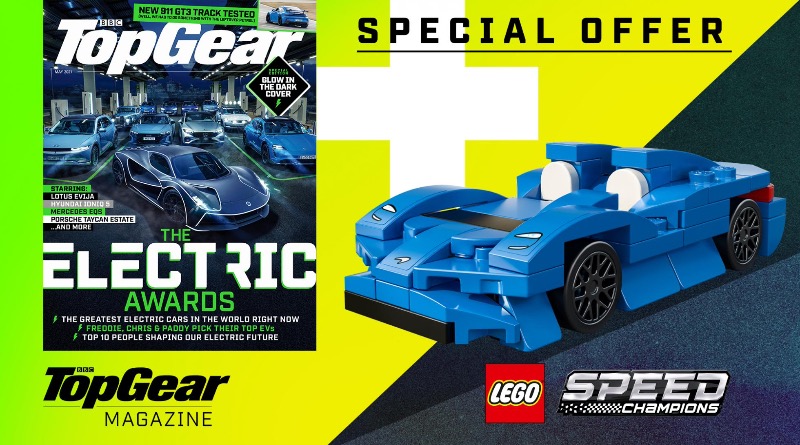