The first reviews of both LEGO Halloween 2021 sets have landed online, revealing every ghastly detail of the fearsome seasonal models, all apart from one.

Both LEGO 40497 Halloween Owl and 40493 Spider & Haunted House Pack have already been reviewed by YouTuber and ex-designer Tiago Catarino closely following their reveal, offering the closest look yet at the season-specific builds before their incoming launch.

Continuing the trend of animal-centric holiday sets, 40497 Halloween Owl features a rather annoyed-looking owl stood amongst a pumpkin patch. However, beneath this field lies a similar Easter egg as has appeared in the other LEGO seasonal models, with a small brick-built bat keeping with the spooky theme.

The other creations form a single set in 40493 Spider & Haunted House Pack, one of which seems to be a direct reference to 10228 Haunted House. The spider decoration is self-explanatory and features moving parts for posing. The haunted house build was, unfortunately, missing its stickers from Tiago’s copy of the set so the finer details of the designs can only be observed on the box – leaving the model a little bland without them.

“Out of these two sets, I must say that I really like 40497 Halloween Owl. The other one was okay-ish but nothing too crazy,” comments Tiago. “It makes for a good decoration that you can hang for Halloween if like myself you don’t have the sticker sheet missing.” 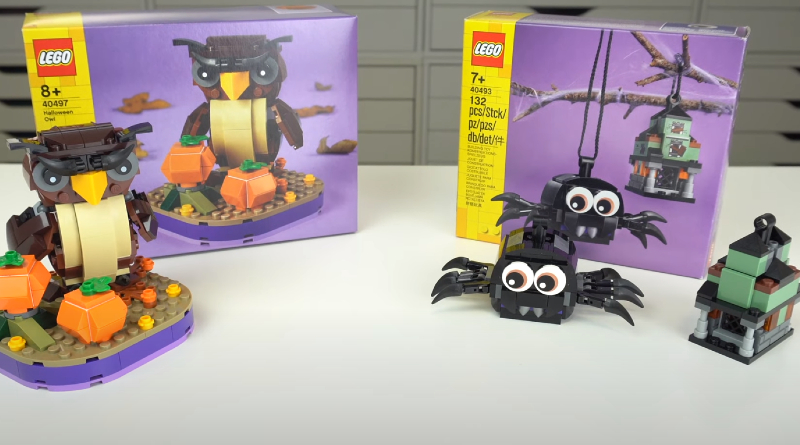