Check out the full collection of the LEGO NINJAGO golden minifigures, released in commemoration of the theme’s 10-year anniversary.

The LEGO Group hasn’t held back with NINJAGO anniversary celebrations, with special BrickHeadz, musical dedications and a contest being just a few of the ways they’re encouraging fans to get into the spirit of things. On top of that, across seven different LEGO NINJAGO sets, seven unique golden minifigures were also released.

If that’s not enough to sate your LEGO NINJAGO love, then here is the full list of all the latest summer sets available in the range. Nine new models went on sale at the beginning of the month, so it’s certainly a good time to be a NINJAGO fan. 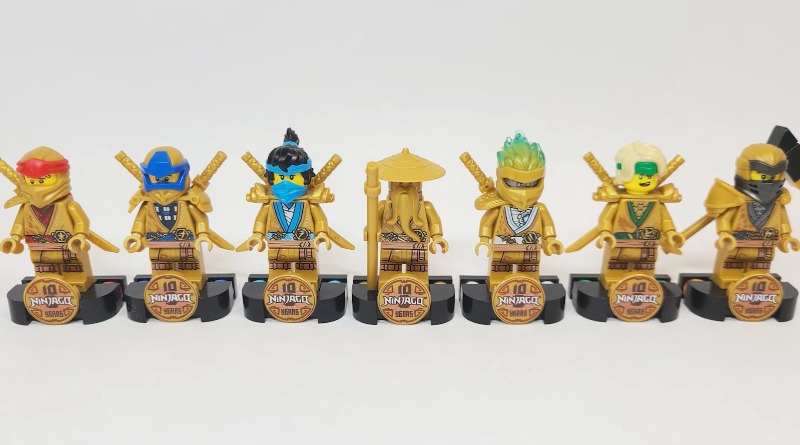