The first details of what’s in store for LEGO Superheroes in 2023 have been revealed by a LEGO designer in an AMA for Marvel 76178 Daily Bugle.

A recent Reddit AMA with Mark Stafford to commemorate the reveal of 76178 Daily Bugle has unveiled initial information regarding what upcoming Marvel and DC sets might be based on.

“We’re finishing up some/a lot of 2022 at the moment, said the LEGO designer, commenting on the 2022 superhero waves. “With our team some of it happens quite late as we have to wait for movies and TV shows to get to the point they can share some concept art.

The past year of LEGO Marvel sets has been heavily affected by the impact of COVID-19 and the delays caused to the film industry, meaning sets such as 76162 Black Widow’s Helicopter Chase have released over a year before the movie. This would give enough reason for the LEGO Group to be cautious when it comes to future models.

“For the Superheroes team our 2023 planning consists of seeing what movies have been announced and holding our breath for cool concepts to start arriving and thinking about (and sketch building) things like the Bugle or Infinity Saga sets that we can complement them with.” said Mark Stafford.

This suggests that the LEGO Group are welcoming more sets that revisit past movies like those in the upcoming The Infinity Saga summer wave, as well as raising the possibility of further huge superhero builds. We’ll have to see what the future holds for LEGO Marvel and DC, but we’ll keep you updated as soon as we know more.

In the meantime, the biggest Marvel set, 76178 Daily Bugle will soon release for VIP members, but you can read up on the many references and Easter eggs within it while you wait. 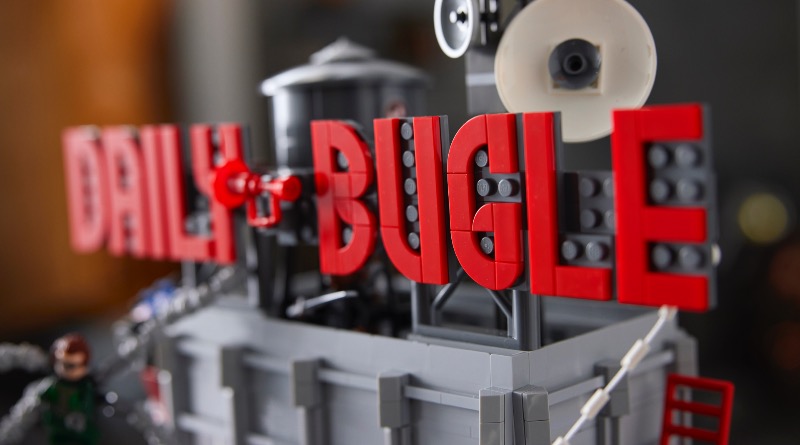 LEGOLAND Billund will expand with six new attractions in 2022