New images of 40489 Mr. and Mrs. Claus’s Living Room may explain why the LEGO Group cancelled the seasonal set ahead of its planned launch.

Originally slated to be available as a gift-with-purchase in December – following the LEGO VIP Weekend and Black Friday launch of 40484 Santa’s Front Yard – the festive freebie was cancelled, seemingly at the last minute, for not meeting the LEGO Group’s quality standards.

That explanation is pretty vague, but an eBay listing for the unreleased set could give us a hint as to why exactly the LEGO Group decided not to go ahead with it as planned. While the build looks pretty harmless on the face of it, depicting its eponymous characters in a two-walled vignette ­– complete with fireplace, wreath and Christmas tree – the box’s detail images are a little more telling.

Zooming in on the call-out of the set’s Santa Claus minifigure, which features the same dual-moulded boots as the one in 40449 Santa’s Sleigh and 10293 Santa’s Visit, reveals that jolly old St. Nick isn’t looking quite that jolly. In fact, he’s actually pretty grumpy, presumably because he’s holding a printed 2×3 tile that reads ‘Santa’s naughty list’.

It’s a mirror of the ‘nice list’ element included in 40499 Santa’s Sleigh, so makes perfect thematic sense as a companion to that seasonal set. But could it be that the LEGO Group ultimately decreed that an angry Santa wielding a ‘naughty list’ was just too miserly for a festive model?

That’s the only explanation that springs to mind while looking at the box, anyway, because 40489 Mr. and Mrs. Claus’s Living Room doesn’t seem to have anything immediately wrong with it otherwise. But regardless of the real reason for its cancellation, the fact that at least one set has made it out into the wild suggests this was a very last-minute decision.

It’s not the only late-stage change in recent weeks, either: the three new LEGO Marvel mechs have been postponed indefinitely over a stability issue, while the two Creator postcards have also disappeared from LEGO.com. Whether they’ll return remains a little more ambiguous, but the wording of 40489 Mr. and Mrs. Claus’s Living Room’s cancellation suggests it won’t be coming back.

And if that’s the case, it points to something potentially wrong with the set’s content, rather than a building issue that could be tweaked in time for 2022…

Remember, this is just speculation at this point: we don’t know exactly why the LEGO Group shelved 40489 Mr. and Mrs. Claus’s Living Room, and chances are we never will. Our next best bet for figuring it out could lie with whoever manages to purchase the set from eBay – should they open it and attempt to build it, of course. 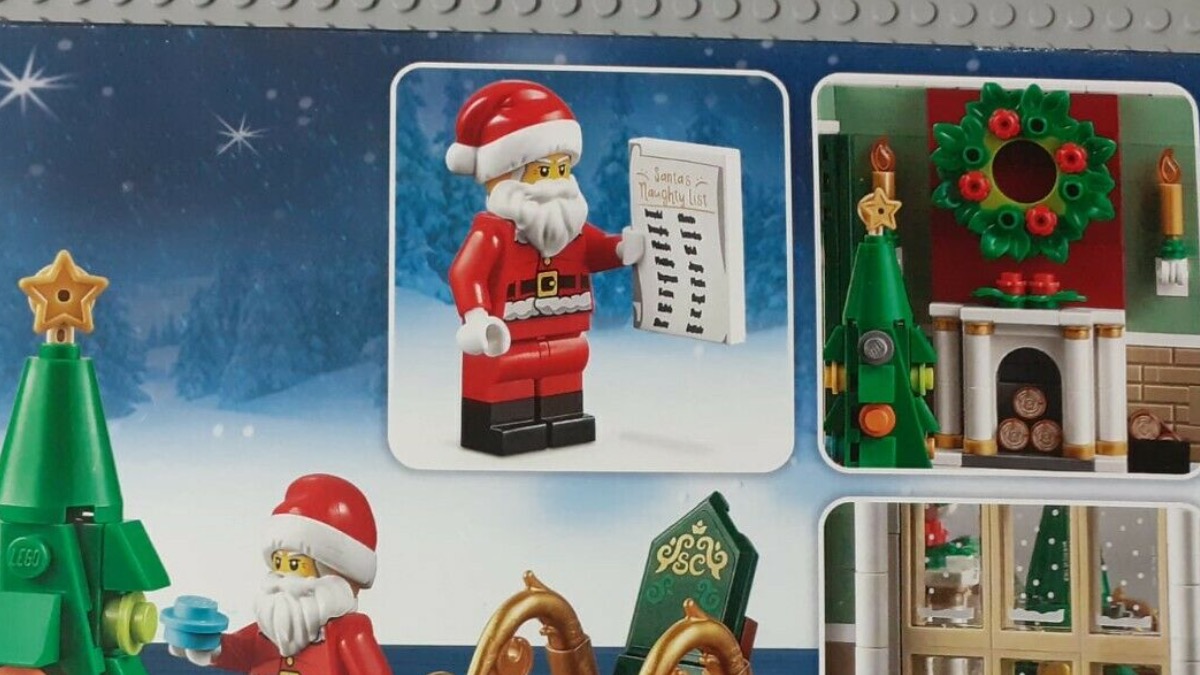