An inadvertent reveal confirms that the LEGO Group’s collaboration with Adidas will extend to the NBA and feature players including James Harden.

The official online Adidas store for the Philippines has revealed that the ongoing collaboration between the LEGO Group and Adidas is about to extend to the NBA for a basketball-themed shirt collection.

Product listings for a range of NBA player-based, LEGO-themed t-shirts have been revealed, which will include minifigure versions of players James Harden, Damian Lillard, Donovan Mitchell and Trae Young. The shirts come in a variety of colours and designs, but all feature each icon in an Adidas-branded basketball uniform complete with their personalised logo. You can find a full gallery of the range below:

This new direction involving the NBA isn’t the first instance of such a collaboration with the LEGO Group. The two brands worked together on producing a range of sports-themed sets in 2003, which also included recognisable players of the time, such as Shaquille O’Neal in 3433 The Ultimate NBA Arena.

Each item is listed as available now for ?1,500 Philippine pesos, which roughly converts to just above £20.

We’ll let you know as soon as we find out more about this LEGO, Adidas and NBA partnership, including when you can expect to find the shirts in your region. 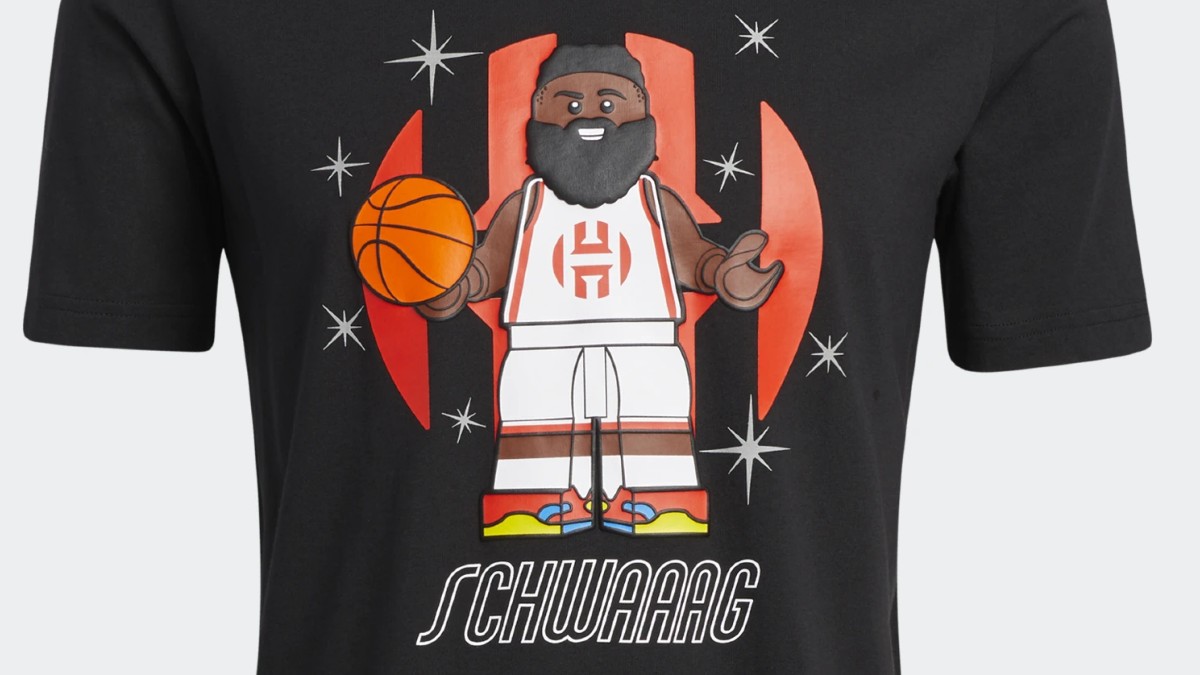