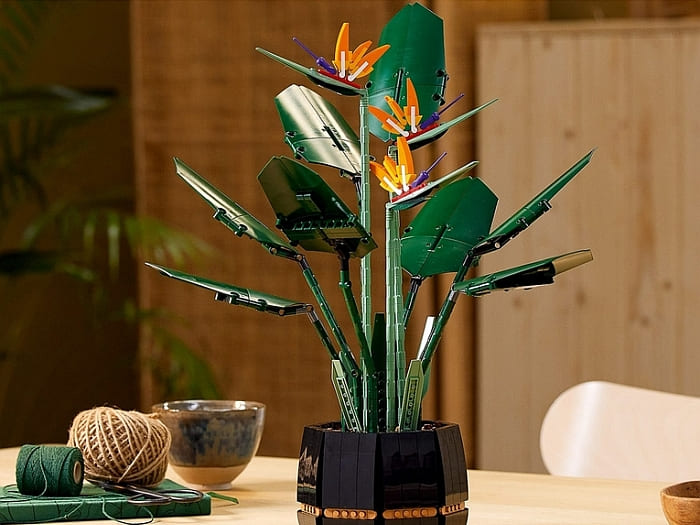 Just like all the 18+ sets meant for adult builders, including the two earlier LEGO Botanical sets, the #10289 LEGO Creator Bird of Paradise comes in a minimalist black box. This presentation clearly separates the adult-oriented sets from sets meant for kids, however it doesn’t always work well in showcasing the strong features of a particular set. The black box worked pretty well for the colorful #10280 LEGO Creator Flower Bouquet and the strikingly beautiful #10281 LEGO Creator Bonsai Tree, but I feel it doesn’t work as well for the #10289 LEGO Creator Bird of Paradise. The large dark-green leaves and black flowerpot are hard to distinguish from the black background, and the three flowers are relatively small and are overpowered by all the dark colors. 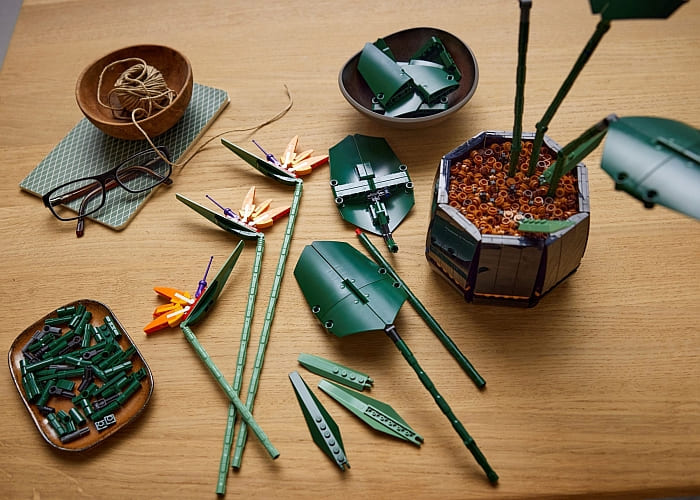 Of course, LEGO sets are not about the box but the content and the building experience, but still, a well-designed and attractive box can make a difference in how a set is viewed by consumers. 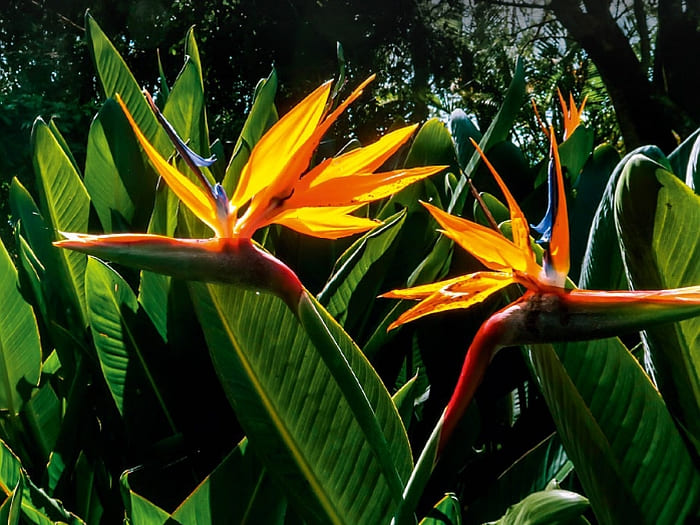 The instruction book is 80 pages long and gives a bit of information about the original flowering plant and Chris McVeigh, the LEGO designer who worked on this set. Chris came from the adult LEGO fan community, and even before joining the LEGO Company, he was known as a master of complex geometric shapes (you might remember his LEGO Christmas tree decorations that we covered several times). 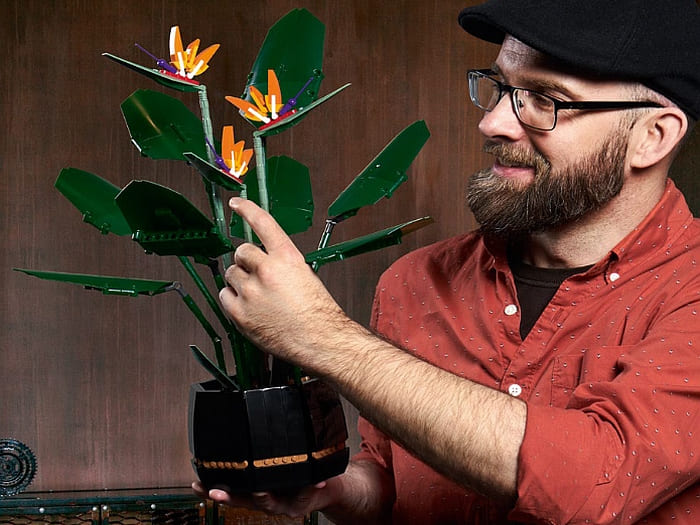 Chris’ expertise with building geometric shapes is evident in the flowerpot that comes with the Bird of Paradise set. In fact, Chris mentions in the designer-video (included below) that this is his favorite part of the model. The complexity of the flowerpot is fascinating, and it includes some really interesting building techniques and usage of parts. 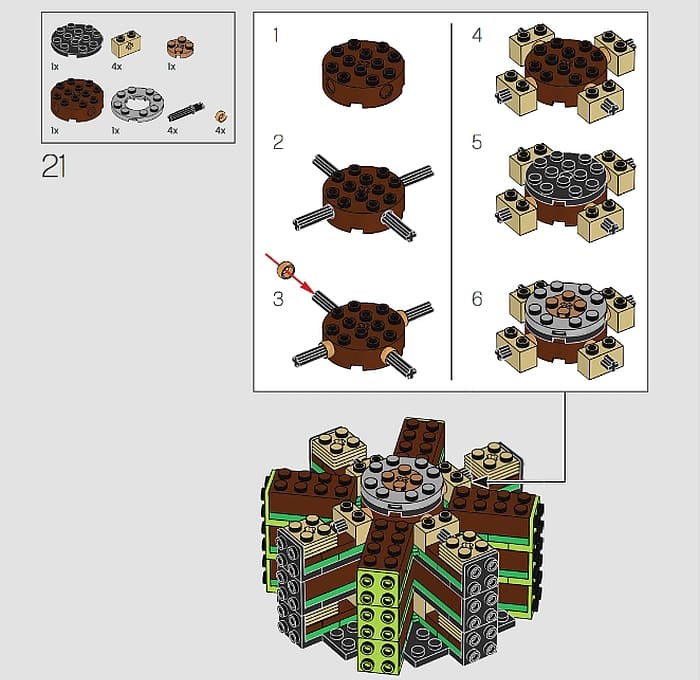 When the #10280 LEGO Creator Flower Bouquet was released, one of the complaints was that it did not include a vase. This made it difficult to arrange and appreciate the flowers right after building them unless you had a vase already, or you had the parts to build one. The #10281 LEGO Creator Bonsai Tree did include both a flowerpot and a decorative stand, which was appreciated by fans. It looks like LEGO heard the feedback, and thus they included the nicely designed flowerpot in the #10289 LEGO Creator Bird of Paradise set. 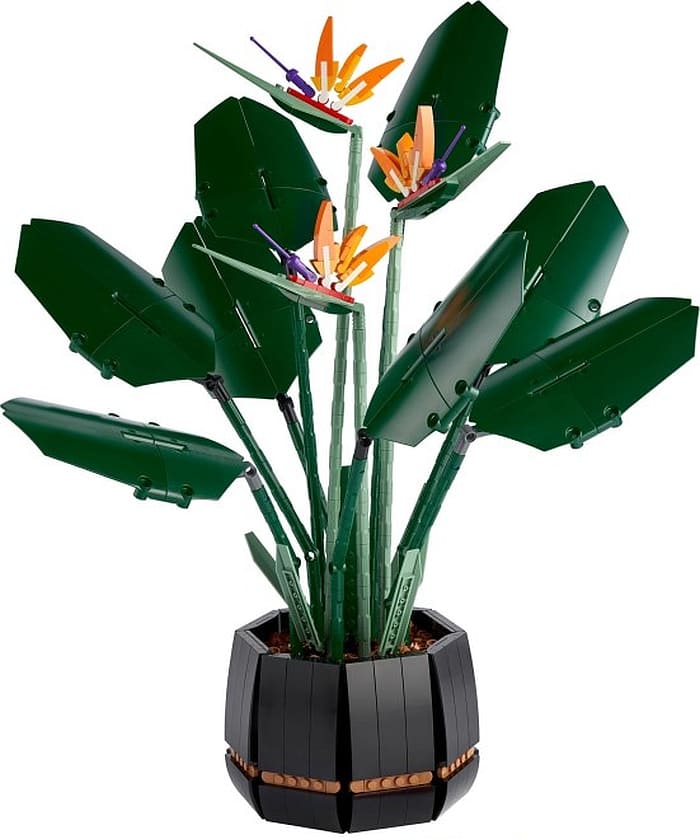 Having a flowerpot also gives a steady base for the eight large leaves on long stems and the three colorful flowers. The LEGO Technic panels used for the leaves are almost perfect representations of the real leaves. The technique used for the stems is the same as in the #10280 LEGO Creator Flower Bouquet; LEGO Technic connectors and pins that can be customized to the length you want. 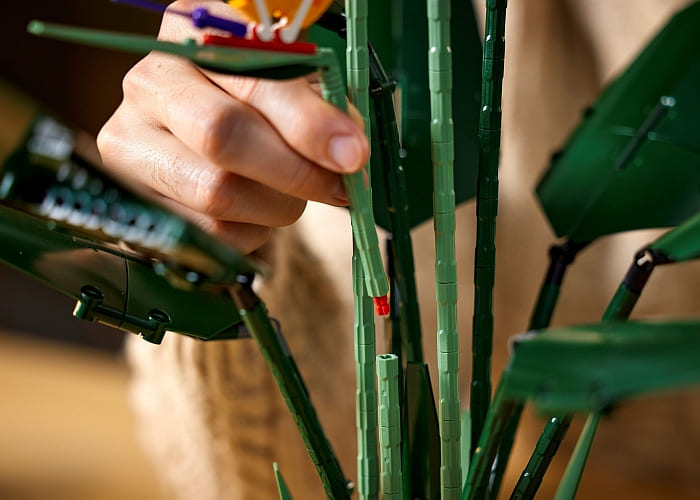 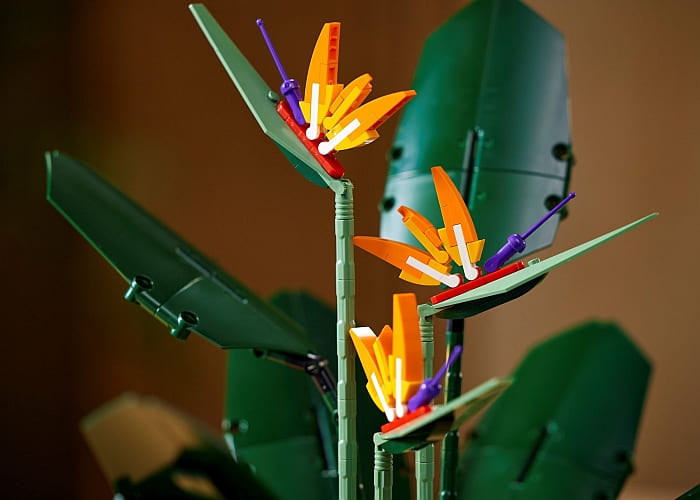 In the video below, LEGO designer Chris McVeigh talk more about the set and the process of designing it.

All three sets from the LEGO Botanical Collection are beautiful in their own way. The #10289 LEGO Creator Bird of Paradise is the largest of them to date, with 1,173 pieces and the price of $99.99. It’s probably the least interesting on the box, but it’s a truly elegant set that makes a beautiful display in a LEGO room, living room, or even office. 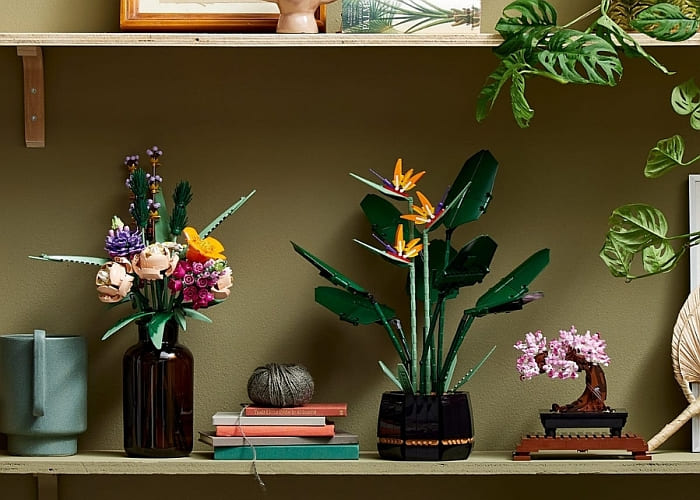 The #10280 LEGO Creator Flower Bouquet is the most colorful of the three sets, and it also has the most interesting and variegated shapes and building techniques. The #10281 LEGO Creator Bonsai Tree is the smallest, but it offers two distinctly different color options as well as a flowerpot and stand. The two earlier sets are $49.99 each. You can find them all at the LEGO Creator Expert section of the Online LEGO Shop. 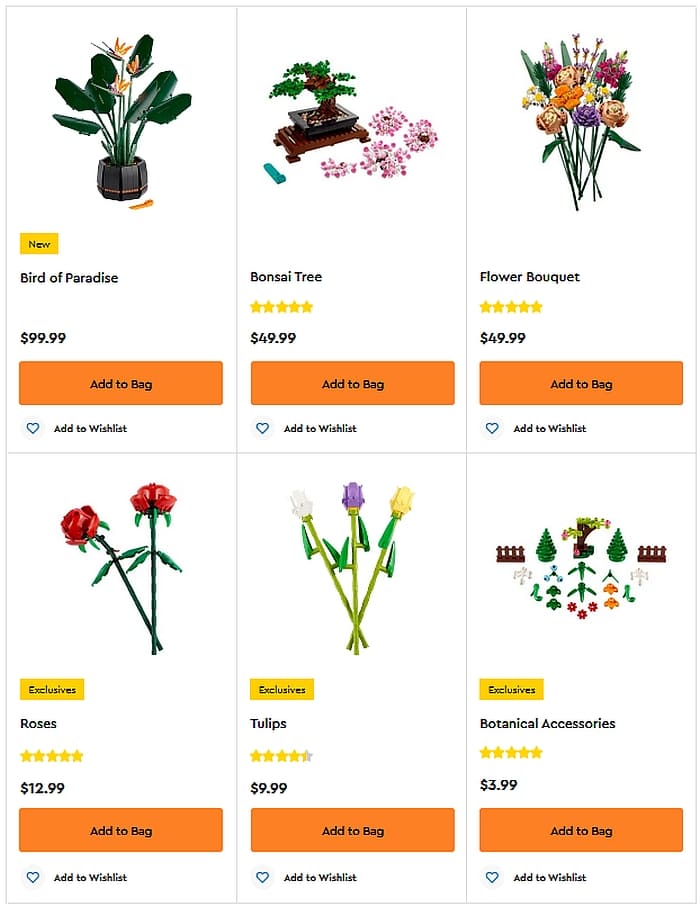 What do you think? How do you like the LEGO Botanical Collection? Do you have any of them already? And what do you think of the Bird of Paradise set? Feel free to share your thoughts and discuss in the comment section below!