The LEGO Group built a lifesized New York cab to promote the opening of the new LEGOLAND New York Resort.

The new park was meant to open in July 2020, but was delayed to this year due to the pandemic. It has its own LEGOLAND hotel and various other LEGO-themed attractions, rides, and, of course, professional builds.

To promote the new arrival in New York, the LEGO Group created a lifesize yellow cab, complete with a brick-built LEGOLAND New York Resort advert perched on the roof. One side of the car is open, so passersby can hop in and take a picture inside the enormous model.

It took the LEGO Group professionals more than 370 hours to build, using 95,410 bricks. Like an enormous hood ornament, the famous LEGOLAND green dragon stretches out from the bonnet of the cab. Click above to see a video of the model being built, as well as what it looked like sitting on the streets of New York.

The enormous brick-built car has now moved to its permanent home at LEGOLAND New York, joining more than 50 other attractions across seven lands, including the unique LEGO factory ride that utilises brand new technology. Day tickets start from $67.99 when you book online, but will be more expensive if you buy your ticket on the day. 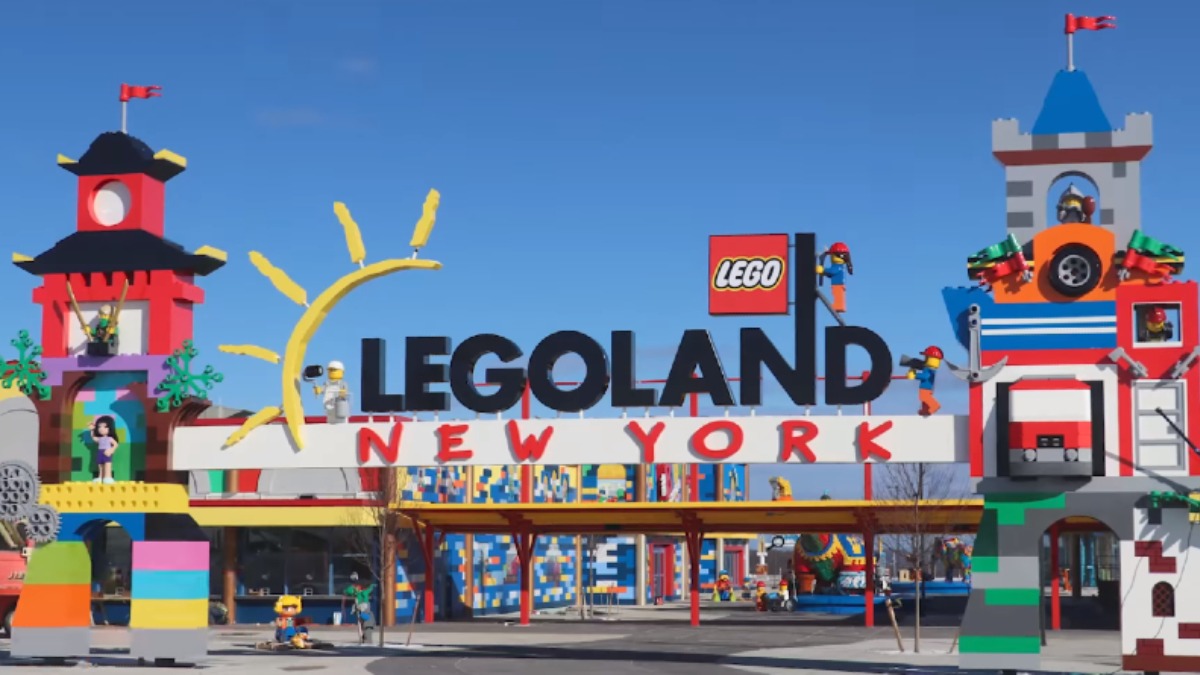