The designer behind LEGO Ideas 21331 Sonic the Hedgehog – Green Hill Zone has responded to a fan who called out an ‘unpleasant’ section of the build.

Revealed earlier this week, the 39th product to come out of the crowdsourcing platform adapts a concept by fan designer Viv Grannell, transforming the original Sonic the Hedgehog level into a semi-two-dimensional build. But to achieve the chequered pattern of the video game’s terrain, you’ll need to stack a whole lot of 1×1 plates.

That’s a design decision YouTuber (and ex-LEGO designer) Tiago Catarino took umbrage with on Twitter, given January 2022 will also mark the introduction of a new 1x1x2/3 brick. It’s essentially the same height as two 1×1 plates stacked on top one another – and according to Tiago, would have hugely simplified the building process in 21331 Sonic the Hedgehog – Green Hill Zone.

The LEGO YouTuber queried the decision with the set’s designer Sam Johnson, tweeting: “There’s this new plate or brick that you surely know about, and would have saved a ton of work building your latest design… Like, stacking all those 1×1 plates was… Unpleasant… What happened?!”

Sam quickly responded with an explanation: while including the new element might have lessened the frustration of stacking multiple plates, it could have made sorting those pieces an even more egregious task. “So, you would have put this piece, 1×1 plates and 1×1 bricks of the same colour into one bag??” the LEGO Ideas Design Manager replied.

It’s a valid concern for sure, but it’s also worth pointing out that the new piece has an open stud to allow bar elements to pass through, where 1×1 plates and 1×1 bricks have a closed stud. That’s apparently not enough to make it easily distinguishable in a pile of similarly-coloured pieces, however.

Keep an eye on Brick Fanatics for our verdict on 21331 Sonic the Hedgehog – Green Hill Zone as soon as our review copy turns up. You’ll be able to buy it for yourself from January 1, when it goes on sale alongside dozens of brand new sets.

Click here to find out more about 21331 Sonic the Hedgehog – Green Hill Zone, or head here for a complete gallery of official images. 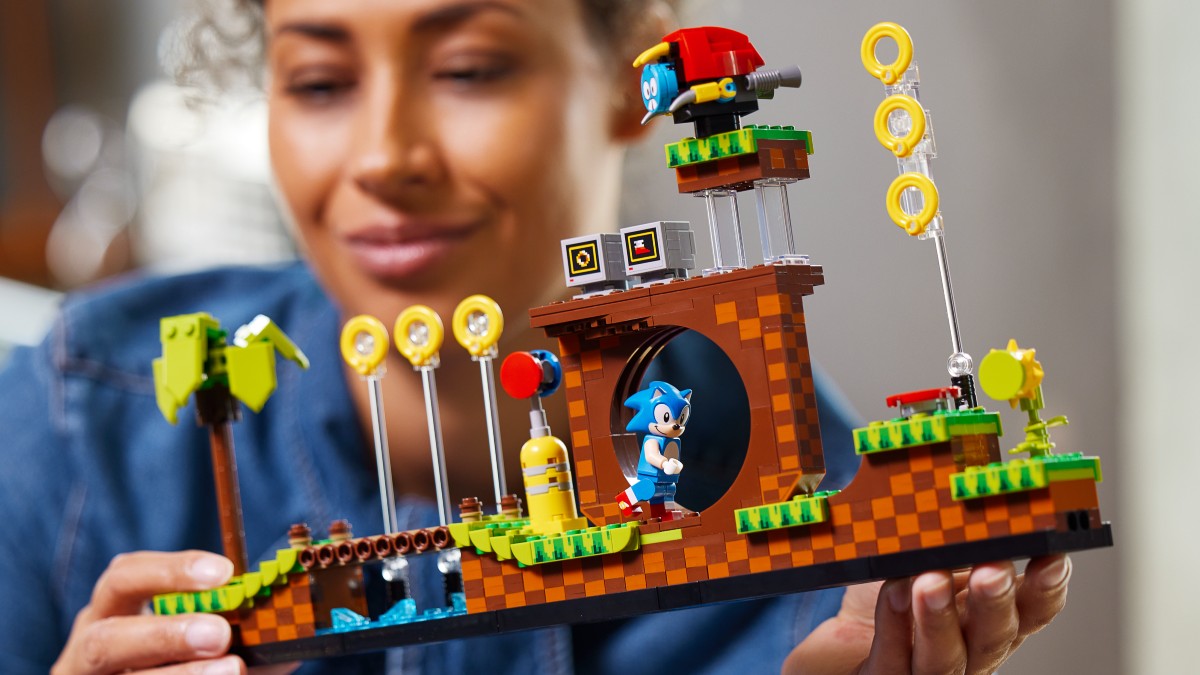