The designers behind LEGO Star Wars 75314 The Bad Batch Attack Shuttle have revealed that they had no idea of the context behind the set’s two speeder bikes.

The newly-announced set – the first based on the brand new Disney+ spin-off series Star Wars: The Bad Batch – includes a pair of speeder bikes alongside the eponymous shuttle, with one cast in vivid lime green. But owing to the secrecy around the show’s specific plotlines, the LEGO design team were actually in the dark over the speeders’ specific purpose.

“The two speeders are included because we wanted to add some extra value to the set,” LEGO Star Wars Design Director Jens Kronvold Frederiksen told StarWars.com. “We know that the speeders will be seen in the show; however, we do not know exactly in which context they will be seen. I guess we will have to wait and see like everybody else.”

The first episode of Star Wars: The Bad Batch debuted on Disney+ on Tuesday for May the Fourth, with subsequent instalments set to air every Friday from tomorrow, May 7. There are 16 episodes in total, which means the finale won’t arrive until August 13 – nearly two weeks after 75314 The Bad Batch Attack Shuttle lands on shelves.

We’ll hopefully find out the specific role the speeder bikes play long before then. In the meantime, click through for all the details on 75314 The Bad Batch Attack Shuttle, which is already available to pre-order in the US. 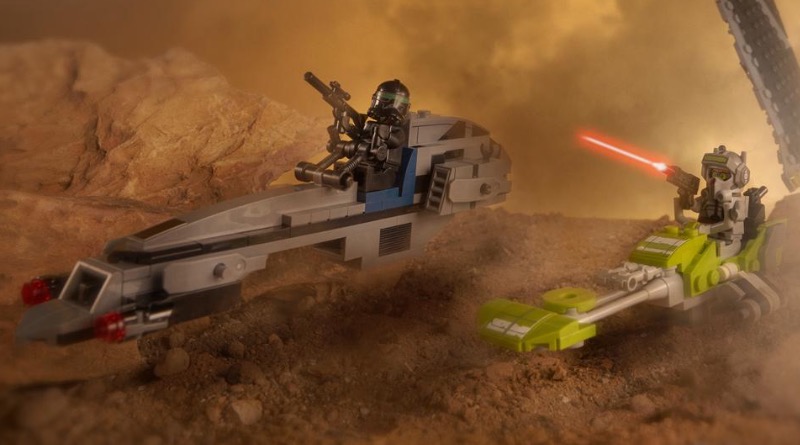