A LEGO YouTuber has built a working missile launcher to rival Tony Stark’s made from LEGO elements.

Brick Science, known for other unique creations like a LEGO mechanical press and flying a drone through an obstacle course made from bricks, is taking a leaf out of the MCU’s favourite genius, billionaire, playboy, philanthropist. He hes created a wearable missile launched that actually fires a brick-built rocket on command.

Plated in Iron Man’s own colours of red and gold, the sleeve fits securely around the wearer’s arm, with in-built buttons in the palm to open up and fire the missile launcher itself. The brick-built rocket is shot out using a pneumatic system, established after a lot of trial and error.

The missile can be propelled with decent accuracy, but does need to be reloaded each and every time. There’s none of Tony Stark’s seemingly infinite firepower here, but then again, this missile launcher is fuelled by brick power and the user’s arm, rather than a miracle arc reactor.

If you’re keen to take home a more official version of Iron Man’s armour, then you’re in luck. 76194 Tony Stark’s Sakaarian will be available to buy from August 1, an alternative reality twist on the original Iron Man. 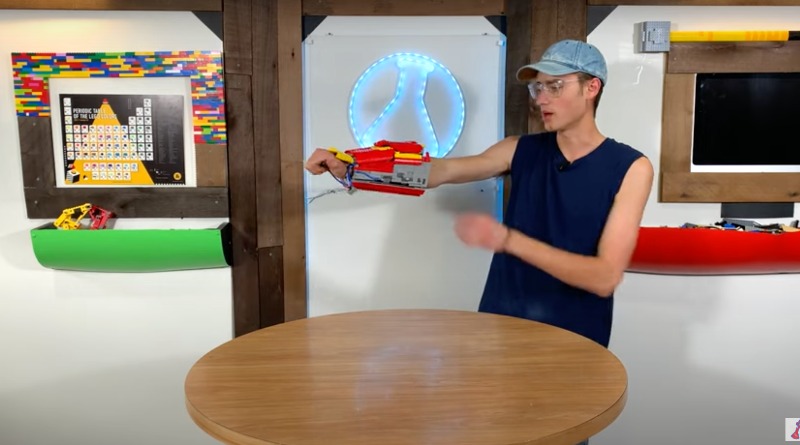