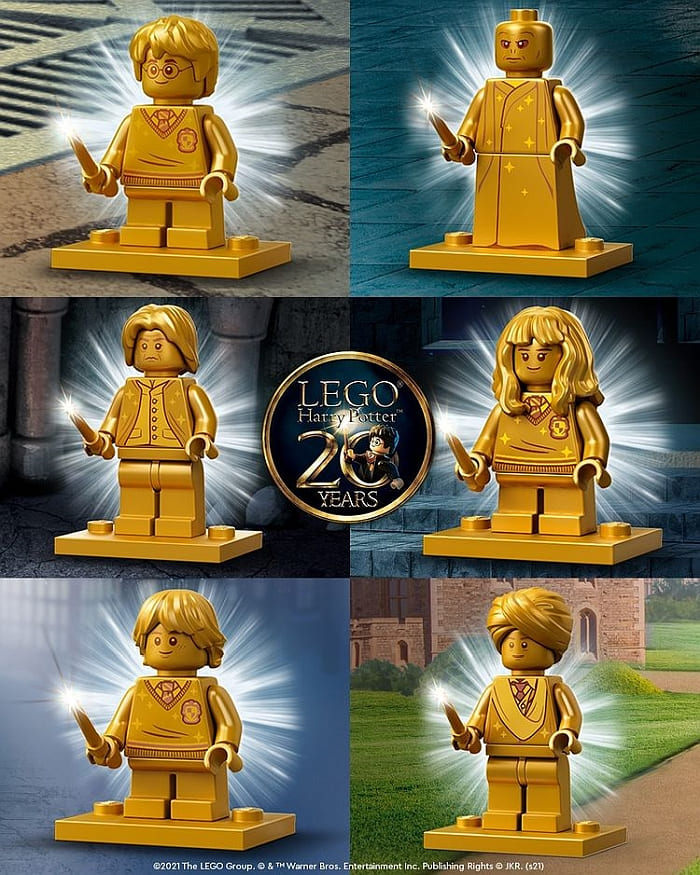 The six special anniversary golden minifigures include Harry Potter, Voldemort, Ron Weasley, Hermione Granger, Severus Snape, and Quirinus Quirrell. They all come with a golden stand and golden wand. We don’t know which sets these characters will come in, but you can keep an eye for updates on the LEGO Harry Potter section of the Online LEGO Shop.

It’s interesting to note that LEGO Ninjago also got a collection of special anniversary golden minifigures this year to celebrate the 10th anniversary of the LEGO Ninjago TV show. So far, we got Sensei Wu, Lloyd, Kai, Cole, and Jay in the LEGO Ninjago Legacy sets that were released already, and we will be getting Nya and Zane later this year. 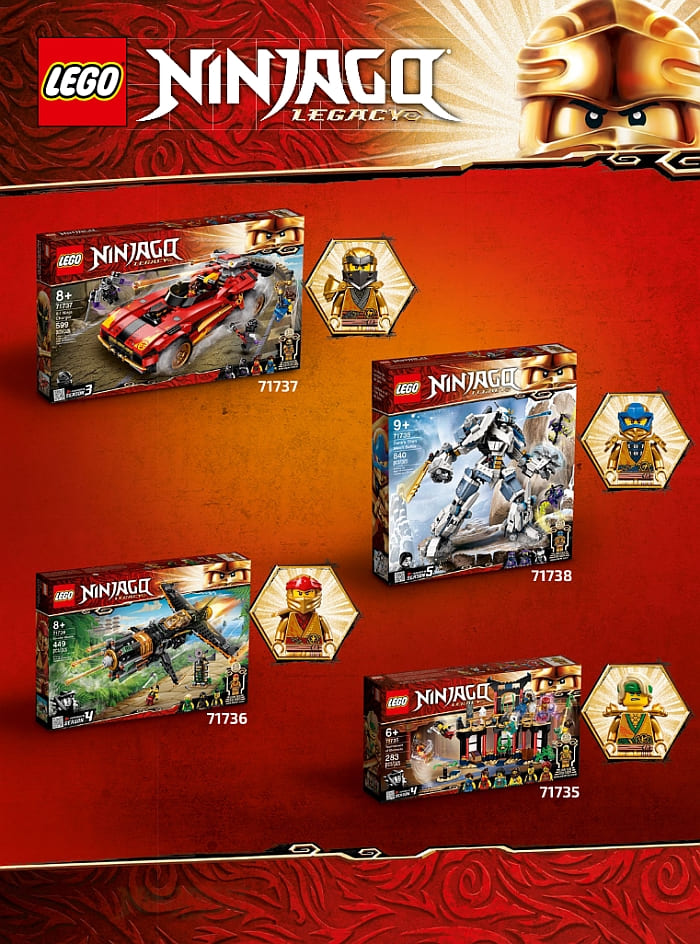 The LEGO Ninjago special anniversary golden minifigures have a bit of color, which I assume was added to easily identify the characters. And they also have standard yellow heads (except for Sensei Wu), so they look like normal characters wearing special ninja suits. The LEGO Harry Potter golden minifigures on the other hand are completely golden, including their head, hair, clothing and accessories.

It’s also interesting to note that while golden special anniversary versions of popular characters is new for LEGO, it’s not new for LEGO’s competitor, Mega Construx. They have been releasing golden special edition versions of some of the main characters from their most popular franchises like Halo, Call of Duty, and Destiny. They are usually hard to get and very popular with collectors. I expect that LEGO’s golden minifigures will be similarly popular. 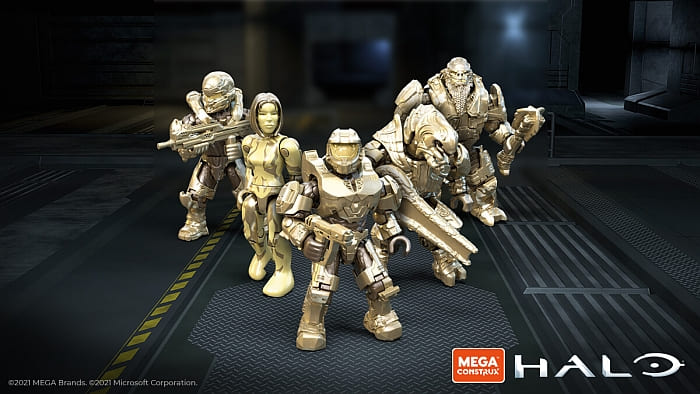 What do you think? How do you like the idea of golden special anniversary characters in LEGO themes? Are you interested to collect them? And what do you think of the upcoming LEGO Harry Potter anniversary minifigs? Feel free to share your thoughts and discuss in the comment section below!