The upcoming LEGO Ideas Home Alone house may have had its release date and price revealed, and it may cost less than you were expecting.

Brick_clicker has rumoured via Instagram that the LEGO Ideas Home Alone model, which will almost certainly depict the house as was intended in the original submission in one way or another, will come in at a relatively low price for the theme.

Apparently, 21329 Home Alone McCallister’s House (it’s not entirely clear if that’s the expected name for the set) will cost $100, which roughly translated brings it to £89.99 / €99.99 judging by other currently available sets on LEGO.com. Speculating at that price, the model could likely consist of a facade rather than a full house, perhaps similar in design to 21324 123 Sesame Street.

No other specific details about the set – such as the presence of traps and minifigures – are yet mentioned, but we’re hoping for Kevin McCallister, Harry Lime and Marv Merchants at the very least. Should the build be a facade, the deviation from the original project might mean a less detailed interior or a couple of fully furnished rooms.

What is reported alongside the rumoured price, though, is a release date of September. That would make sense given the 1990 film’s setting during the holiday season, but nothing has been confirmed by the LEGO Group quite yet.

If it is coming in September, expect an announcement for the LEGO Ideas Home Alone house soon… 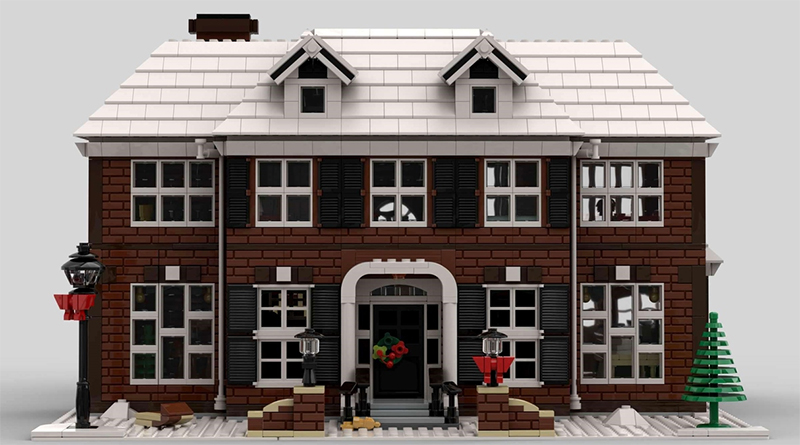