The winners of the LEGO Ideas Microgame contest have been announced, and you can even play the winning entries for yourself – all through your browser.

If you hadn’t already heard, the LEGO Ideas Microgame contest asked fans to construct their own LEGO games using the Unity program, with each entrant receiving a free minifigure. However, due to the huge number of entries, the LEGO Ideas blog has confirmed a delay in sending the codes for them.

Unlike previous LEGO Ideas contests, through the use of the LEGO Microgame software, you can experience the winning games and decide whether you agree with the judge’s decision.

The grand prize winner is Odyssey by magancete, a classic-space-themed game that sees you explore a lunar base while performing tasks and unlocking multiple colourful characters.

Regrow the World by LaPeSi was the second grand prize winner, with their game aiming to teach players about farming, in a soothing simulator that grows plants with special abilities.

Next up are the two runners-up with Photon Debugger by MechaFizz and Islegone by SFBTom. The former is a puzzle game that tasks players with getting a laser from one point to the next and the latter is a platformer where platforms only reveal themselves when you get close.

Two random entries were also selected as winners meaning everyone had an equal chance at winning this prize. Both Save the Pigs by rorix49 and Legoo Win by IBEBS were selected for this category.

You can play each of the games by clicking on the entry name and loading through to the Unity website, without any need to download the LEGO Microgame software. Otherwise, you can get involved in the next LEGO Ideas contest which will see the winning builds displayed at the LEGO House. 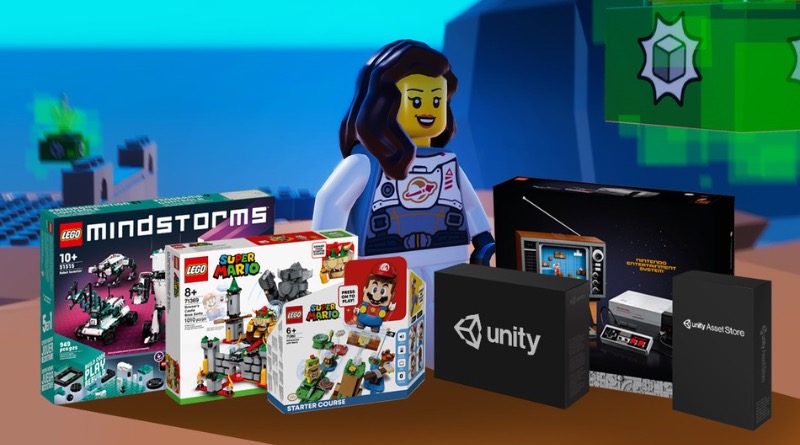