Marvel has just released a stunning poster inspired by Shang-Chi and the Legend of the Ten Rings, giving us an alternative look at the inspiration for one of the related LEGO Marvel sets.

76177 Battle at the Ancient Village features an articulated Dragon for the minifigure heroes to battle. The entire body can move, much like a snake, and it’s covered in plates and trailing pieces to replicate the rippling spines on the beast.

As part of the marketing for Shang-Chi and the Legend of the Ten Rings, Marvel has released various illustrated posters inspired by the films, created by artist AJ Frena. The latest focuses on the white dragon, showing us exactly what Shang-Chi is up against in the upcoming film. You can see the imagery in question in the tweet below.

Find out how to collect all the beasts from Shang-Chi and the Legend of the Ten Rings here, or explore exactly how accurate the two sets based on the film are according to us here. Our imagination has also been whirring about what other builds the latest addition to the MCU could inspire as we move into the next phase of films. 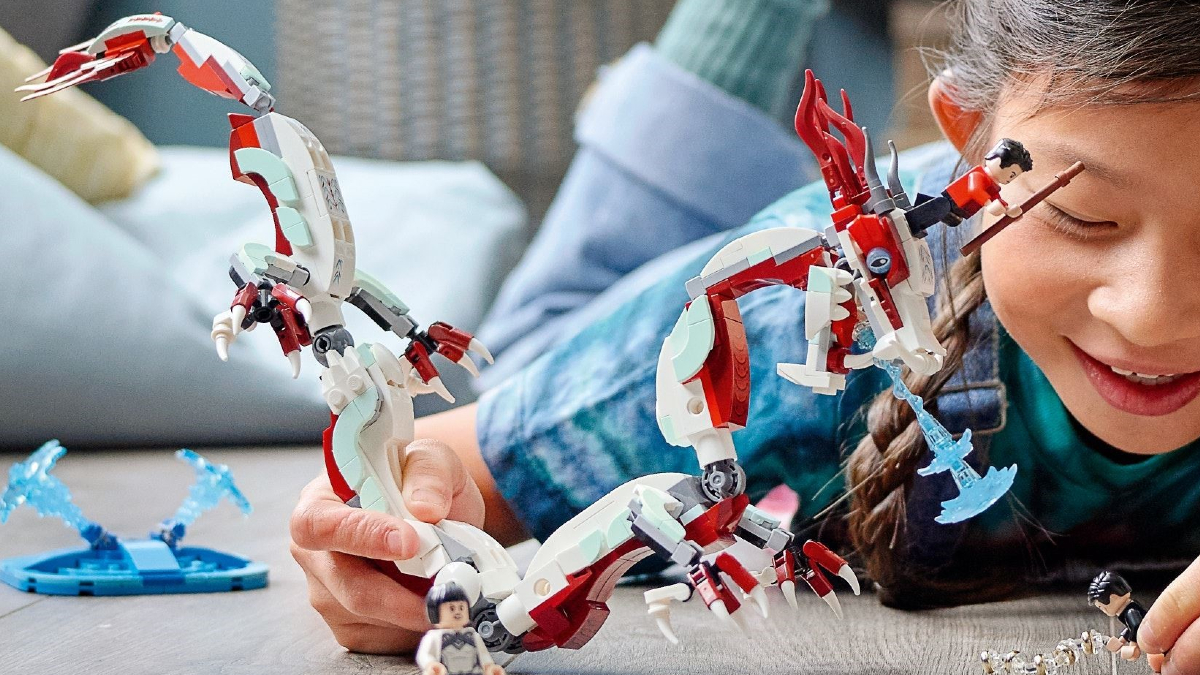