The mystery sixth LEGO Speed Champions set rumoured to be on the way in 2021 may be a two-pack that includes a Ford GT Heritage Edition.

That’s according to Instagram user Dylan Chow, who reports that the vacant slot in the previously-rumoured summer line-up will be filled by 76905 Ford GT Heritage Edition and Bronco R. Those are basically all the details we have at the moment, but because Speed Champions is based on real-life cars, we can already take a good guess at what it might look like.

For instance, you can probably expect the LEGO GT Heritage Edition to match the real car’s ‘frozen white’ finish, along with its red and black livery and ‘98’ race number, which mirror the markings on the Ford GT40 that triumphed in the 1966 24 Hours of Le Mans. (Hence ‘Heritage Edition’ – get it?)

Veteran Speed Champions fans will know that we’ve already seen a LEGO version of that original race-winning car in 2017’s 75881 2016 Ford GT & 1966 Ford GT40. But this rumoured updated vehicle should still offer an entirely new build, primarily because the theme shifted from six-studs-wide cars to eight-wide in 2020.

While that original GT40 was paired with a very similar modern car, the Ford Bronco R will reportedly match the rest of this year’s rumoured two-packs by bringing something entirely different to the table. The prototype racing car is a strictly off-road beast, complete with huge tyres and front and rear suspension.

It’ll be a tricky task to bake that same functionality into a set at Speed Champions’ usual scale, but it’s not totally out of the question: we’ve seen suspension in six-wide vehicles before in 75875 F-150 Raptor & Ford Model A Hot Rod, and the transition to eight-wide should open up even more possibilities for the design team.

According to the original list of alleged Speed Champions sets for 2021, 76905 Ford GT Heritage Edition and Bronco R has a price point of $49.99. That makes perfect sense for a two-pack, but remember, this is still just a rumour for now. We’ll bring you official confirmation from the LEGO Group as soon as we get it. 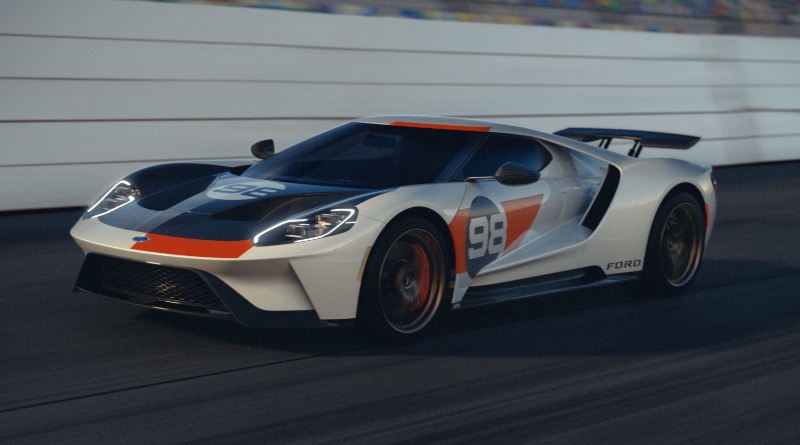