The LEGO Star Wars design team has revealed that the newly-announced 75296 Darth Vader Meditation Chamber has been planned for ‘many years’.

Officially unveiled earlier this week as the latest LEGO Star Wars 18+ set, 75296 Darth Vader Meditation Chamber builds into a 663-piece model that prioritises display over play, in heavy contrast to the wider LEGO line-up from a galaxy far, far away.

It’s not entirely without precedent among the Star Wars portfolio, though – and that’s exactly why the design team felt that summer 2021 was the right time to bring it to market. Speaking to Brick Fanatics at this year’s LEGO Fan Media Days event, the theme’s Creative Lead Jens Kronvold Frederiksen explained that the likes of 75294 Bespin Duel and the Helmet Collection have paved the way for 75296 Darth Vader Meditation Chamber.

“We’ve been talking about [doing it] for many years, back in the days when it was more about playsets – but it doesn’t have a lot of play features and functions,” he says. “Now we also make more display models, [so] we thought that it could actually be a pretty cool display model.”

That doesn’t mean it’s entirely bereft of functions, however. During the same call, Jens and LEGO Star Wars Design Director Michael Lee Stockwell showed off the Technic beams that allow the chamber to open and close, while the set’s description at LEGO.com – where it’s currently available to pre-order in the US – reveals that the Sith Lord’s seat also rotates.

75296 Darth Vader Meditation Chamber launches on August 1 for £59.99 / $69.99 / €69.99. For more from this year’s Fan Media Days event, check out the LEGO Star Wars team’s response to rumours over the company’s rights to sell individual minifigures, and read their latest update on the upcoming UCS Republic Gunship. 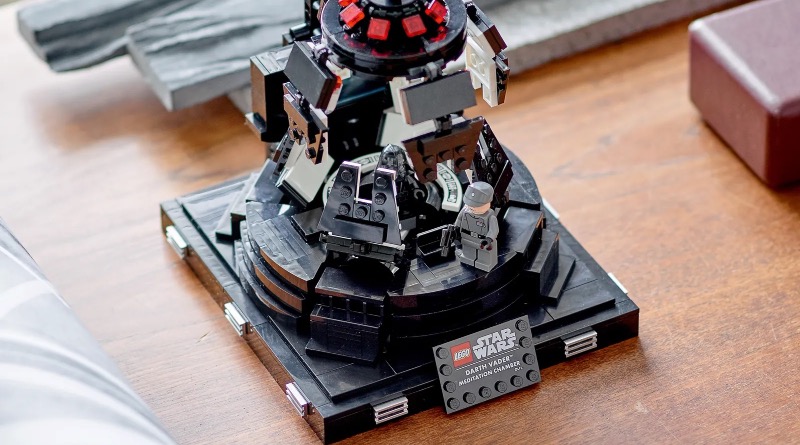