The designer video for LEGO Star Wars 75306 Imperial Probe Droid explains some of the challenges that went into making the robotic model.

It may have launched earlier in 2021, but the accompanying designer video for 75306 Imperial Probe droid has only just been released, alongside that of 75308 R2-D2. LEGO designer Jan Neergaard Olesen is on hand to walk builders through the development of the build as well as how the largest LEGO Probe Droid came to be.

The LEGO designer recognises that this is nowhere near the first model of the iconic droid made by the company, with many other minifigure-scale versions appearing in the LEGO Star Wars Magazine and Hoth-based sets. However, it is the first time that the LEGO Group has approached this specific droid at any other scale.

“It’s the first model I made totally in 3d, we have a program that we use and this was the first model where I spent a lot of time building it in 3D at home,” Jan explains. “But the thing is, in 3D programs you don’t have gravity and with a model like this that have a very high pivot point, it’s going to cause some challenges”

Thankfully, the challenge of stability was overcome in the build, and as said in our review, the display base adds to the attractiveness of the final model. LEGO Star Wars 75306 Imperial Probe Droid is available now from the official online store for £59.99 / $59.99 / €69.99 and contains 683 pieces. 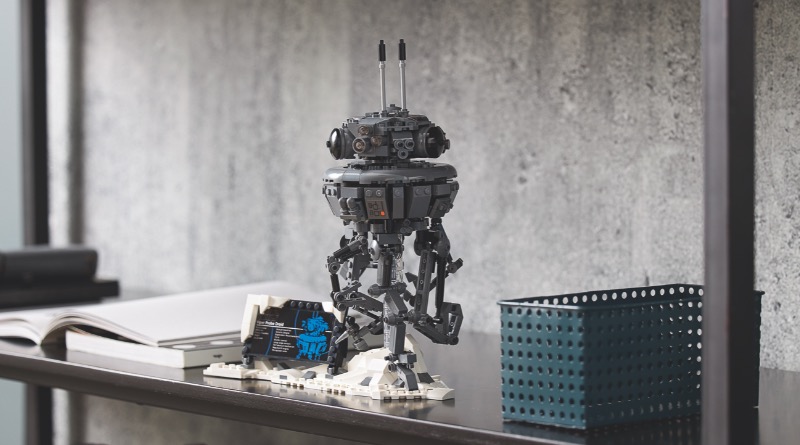