The LEGO Star Wars Day special offers and promotions have been running since the 1st of May, and will continue through tomorrow. The newly released #75308 LEGO Star Wars R2-D2 is already out of stock, however many of the other popular sets are still available. If the set you want is out of stock, you can sign up for email notification to get alerted when it’s back in stock again, and if the set is backordered, you can still purchase it, but there may be some delay in delivery. 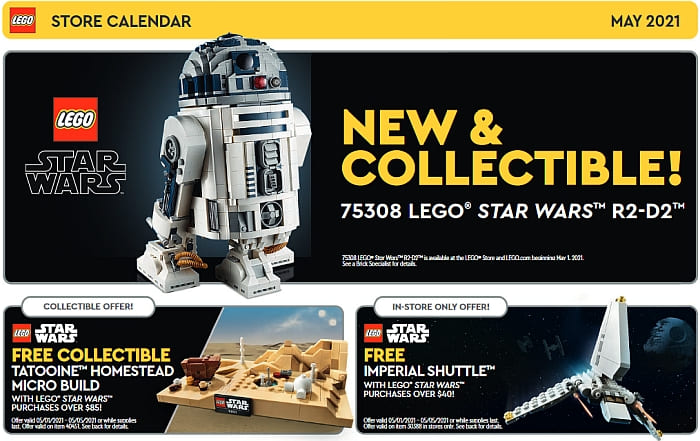 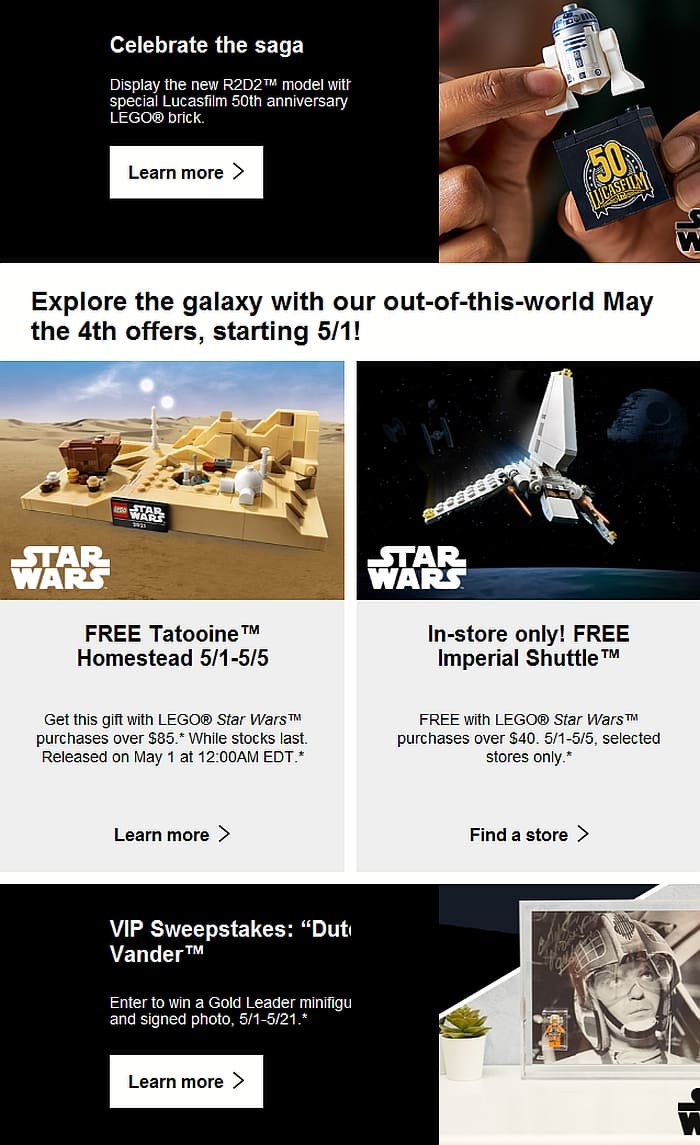 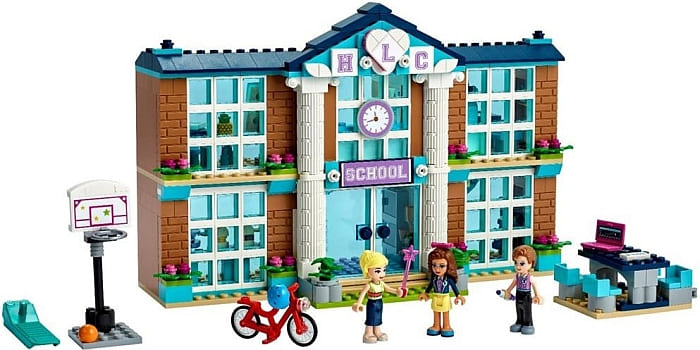 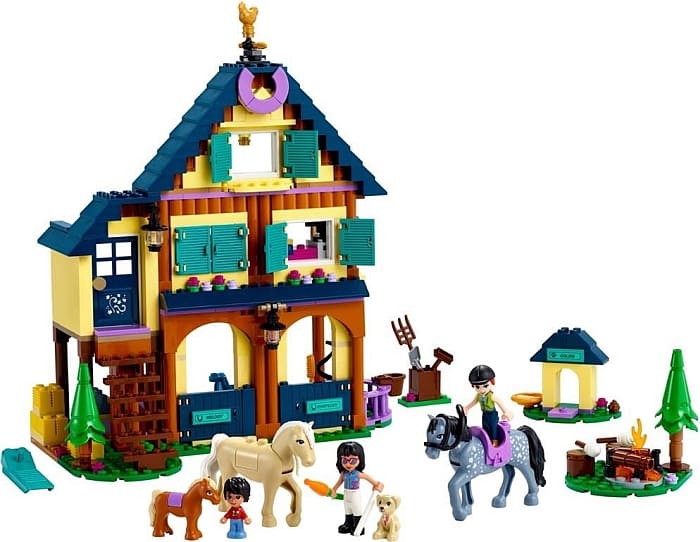 LEGO DOTS continues with some great sets featuring small decorative tiles. The most intriguing ones are the #41935 LEGO DOTS Lots of Dots set and the #41938 LEGO DOTS Creative Designer Box. And we already talked about the new LEGO VIDIYO sets the other day, which also use a lot of small tiles. Look for them at the LEGO DOTS and LEGO VIDIYO sections of the Online LEGO Shop. 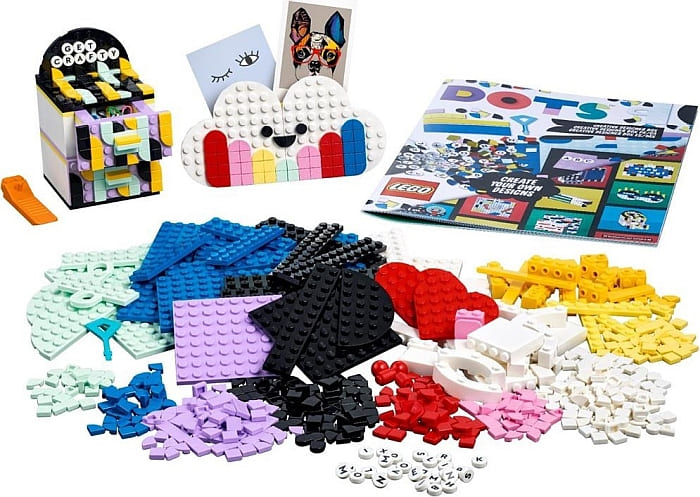 LEGO Disney has a couple of remakes in the form of the #43194 LEGO Disney Frozen Ice Castle, and the #43196 LEGO Disney Belle and the Beast’s Castle. And there are a number of LEGO Mickey Mouse sets for younger builders ( DUPLO and 4+ sets). They will be listed at the LEGO Disney section of the Online LEGO Shop. 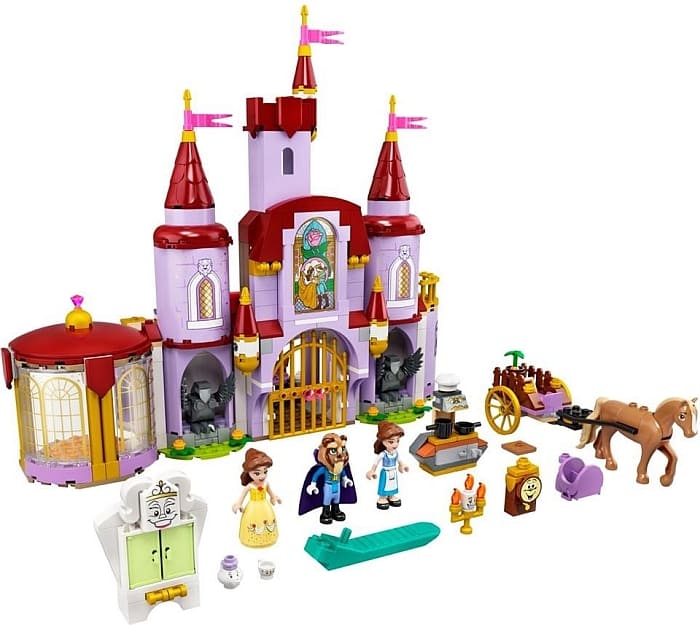 There is also a large wave of LEGO Ninjago sets coming, including LEGO Ninjago Legacy sets (which are remakes of sets from older seasons), as well as sets related to LEGO Ninjago Season 15, titled Seabound. This season brings us some particularly beautiful sets, like the #71754 LEGO Ninjago Water Dragon, the #71755 LEGO Ninjago Temple of the Endless Sea, and the #71756 LEGO Ninjago Hydro Bounty. They should be listed soon at the LEGO Ninjago section of the Online LEGO Shop.

Again, these are just the highlights that caught my eyes as I was looking through the list. If you want to check out all the upcoming sets, visit the 2021 Not Yet Released Sets list in the Brickset database (just follow the link to take you there). Browse through the selection and let me know which sets you’re looking forward to the most! And you can also start looking for them at the new sets section of the Online LEGO Shop. 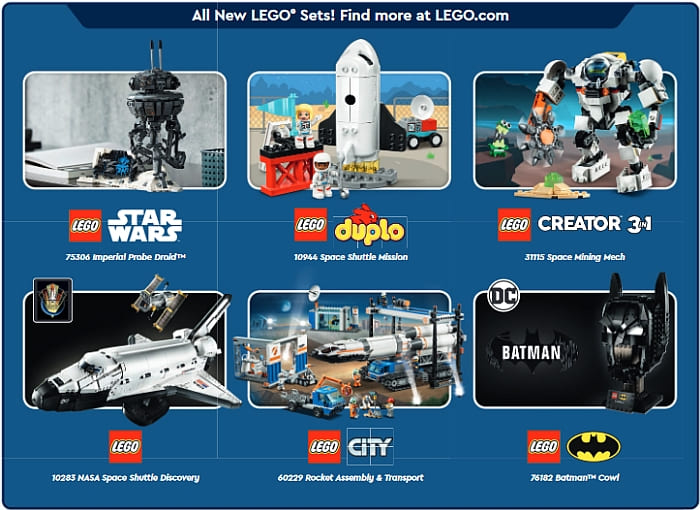