An official LEGO advertisement has revealed an upcoming set based on Star Wars: The Bad Batch, including its model, minifigures and when pre-orders for it will go live.

As part of the LEGO Groups ongoing advertisements in regions across the world, some discovered a never-before-seen set based on the animated The Bad Batch show. This confirms previous rumours that indicated a model based on it was on the way.

You can see the three advertisements below which give a somewhat blurred look at the set, two of which depicts the team’s shuttle as seen in the trailer as well as a couple of speeder side builds.

Another shows the Minifigures that will represent the characters of the bad batch, with some newly printed designs on existing helmets as well as an all-new piece for Tech’s headwear.

The advertisements, which are all in German and published early, indicate that whenever these adverts were supposed to go live pre-orders for the set would be open. With the accompanying show premiering on Disney+ on May 4 for Star Wars Day, it seems likely that this set will be fully revealed and open for early orders then. 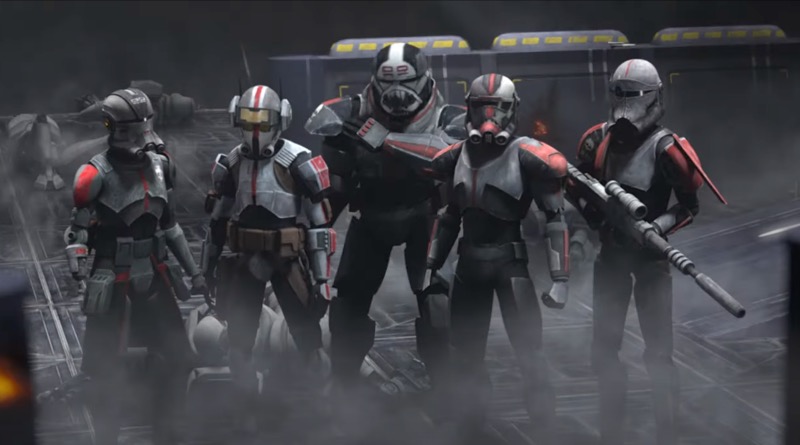