Comparing screenshots from different trailers of LEGO Star Wars: The Skywalker Saga points to just why it is taking so long to release it.

There’s no denying that the game has been through a heap of ups and downs. It’s actually set a new record for the longest gap between releases TT Games, after experiencing various delays.

However, if the new shots of the game are anything to go by, there might well be a good reason for the setbacks. When you compare the two screenshots below, with the one on the left from a 2019 trailer and the one on the right from the 2021 promo, there is a massive difference in quality.

They depict the same scene of Rey jumping over a First Order ship but with so much more detail in the right-hand image. The colours are clearer and more crisp and the detail on the ship itself is far superior. Whereas on the left, the plates on the side look flat, they’re much more dynamic in the updated version.

Rey herself is also much more detailed and her lightsaber glows more clearly. If all of the gameplay and cut scenes are as improved as this when we finally get to play LEGO Star Wars: The Skywalker Saga, then perhaps it will all have been worth the wait. 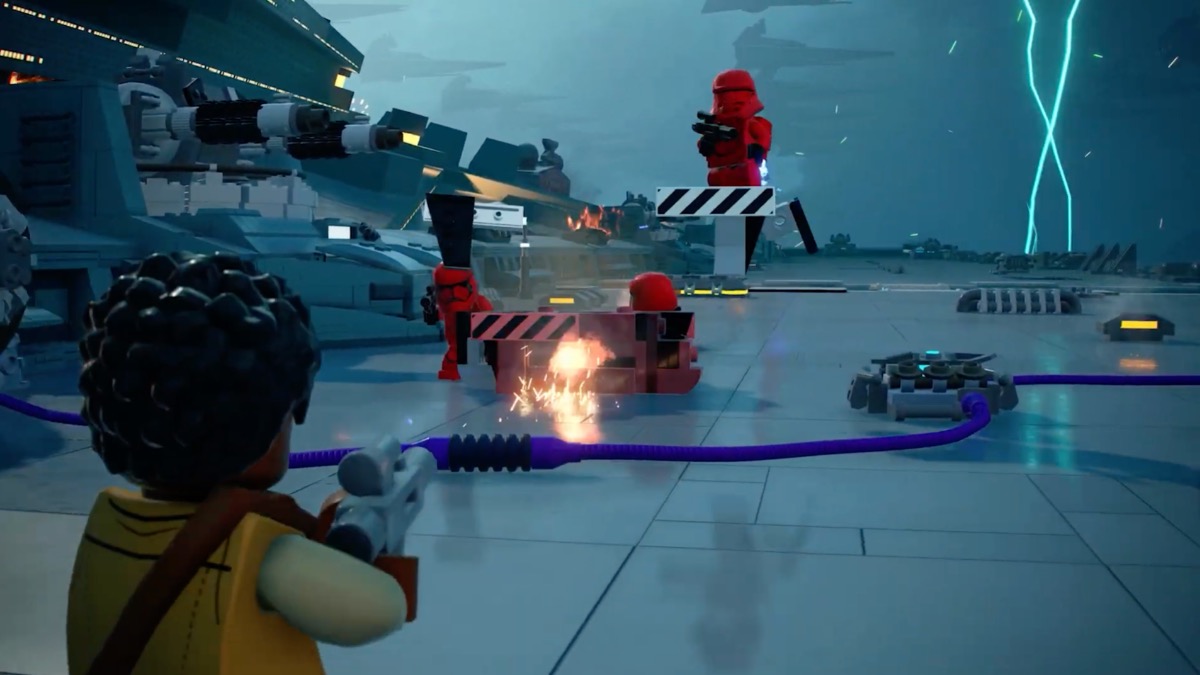