A LEGO Super Mario set once included an extra biome in development as official images reveal a change in 71400 Big Urchin Beach Ride.

71400 Big Urchin Beach Ride has only recently been released on the official store as one of two LEGO Super Mario 2022 models taking place in the new beach area, which is made up of desert and ocean biomes.

However, a third location was at one point considered for the LEGO Super Mario seaside as an image of the largest of the theme’s models for 2022 so far also includes four platforms from the Soda Jungle.

The contents rendering of the set features four purple plates at the bottom of the main dolphin module, but in the lifestyle images and the officially released build, these are instead coloured blue.

The reason for this change is unconfirmed, though it might be that including poison in the ocean area was seen as a taboo subject by the LEGO Group, or that there were worries of taking LEGO Mario or Luigi off the dolphin and triggering the biome’s effect during gameplay.

The final design that has been made available worldwide does not include the Soda Jungle platforms but you can still find 71400 Big Urchin Beach Ride on shelves and online now. Those who intend to grab it will want to do so before the end of the year though, as the model is one of many currently scheduled to retire at the end of 2022.

Support the work that Brick Fanatics does by purchasing your LEGO Super Mario sets through our affiliate links. 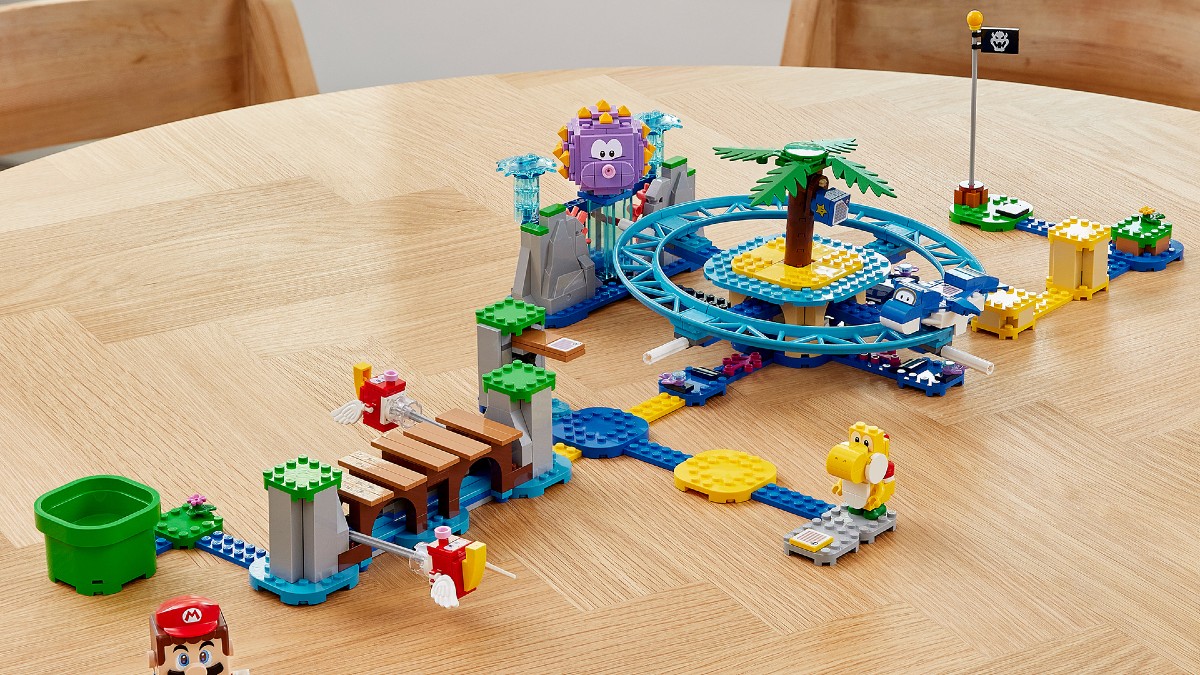