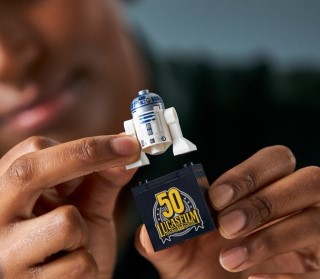 LEGO has posted a teaser for an imminent Star Wars announcement on Twitter.

This item, which is presumed to be a large-scale R2-D2 following another accidental teaser last month, seemingly contains an R2-D2 minifigure and a printed brick which celebrates the fiftieth anniversary of Lucasfilm.