42130 BMW M 1000 RR is one of the most challenging, frustrating and rewarding LEGO Technic sets, and a true masterpiece of a scale model.

We are not exaggerating when we talk about the demands putting 42130 BMW M 1000 RR together will place on you – every step in the instruction book needs careful attention, and with this being Technic, every piece needs exact placement and sometimes a little more of a push to fit together (unless we built it wrong, which could have happened…). It’s a high-level Technic set that requires your full attention, while a little bit of knowledge of how the Technic system works in the first place would really go a long way here.

At times, 42130 BMW M 1000 RR feels like it’s edging towards the limits of what a LEGO Technic set should ask of someone, before you finally grasp some of those trickier connection points (that an alternate view in the instructions could have helped on) and the build progresses on. It’s a time-consuming, steady build process with two large sheets of stickers to apply too.

And honestly, by the end of putting 42130 BMW M 1000 RR together, you should be cursing it. Yet such is the way it captures its source material in faithful 1:5 scale, it’ll just have you amazed and grinning like you did when you first saw a motorcycle as a kid.

Recreating BMW’s first ever ‘M’ bike, 42130 BMW M 1000 RR is packed full of features, colour, moving parts and all sorts of complexities and details that it more than lives up to its billing as ‘LEGO Technic’s first UCS set’, due in part to the display stand and plaque that it comes with, which sits very much in presentation style and quality with the LEGO Star Wars Ultimate Collector Series sets like 75313 AT-AT.

Importantly, and much like those behemoths from a galaxy far, far away, 42130 BMW M 1000 RR is huge, and surprisingly so for the relatively small piece count of 1,920 parts. That’s a reflection, though, of how smartly and effectively each piece has been used, while it is of course helped by those giant tyres and wheels that really fill out the vehicle front and back.

At £174.99 / $229.99 / €199.99, 42130 BMW M 1000 RR is admittedly at the steeper end of the LEGO Technic budget, with consideration too to a piece count of 1,920 that includes a fair few small parts. That being said, for the remarkable balance between sheer size and intricacy that the model offers, there’s a level of quality and experience to 42130 BMW M 1000 RR that delivers a greater sense of value than initially expected. Not cheap, but for a Technic lover, so worth it.

It’s best to consider 42130 BMW M 1000 RR as a premium LEGO Technic set. The build is a challenge, the price is a bit steep but the final model is ridiculously good in design, detail and artistry. Technic fans after a challenge and a reward can’t go wrong with 42130 BMW M 1000 RR – for those just starting out on the more complex build system, start elsewhere, before coming here for a real – and fun – test.

It takes a good few hours to put 42130 BMW M 1000 RR together, in part thanks to just how challenging it is – we completed it over the course of about 10 hours in total. 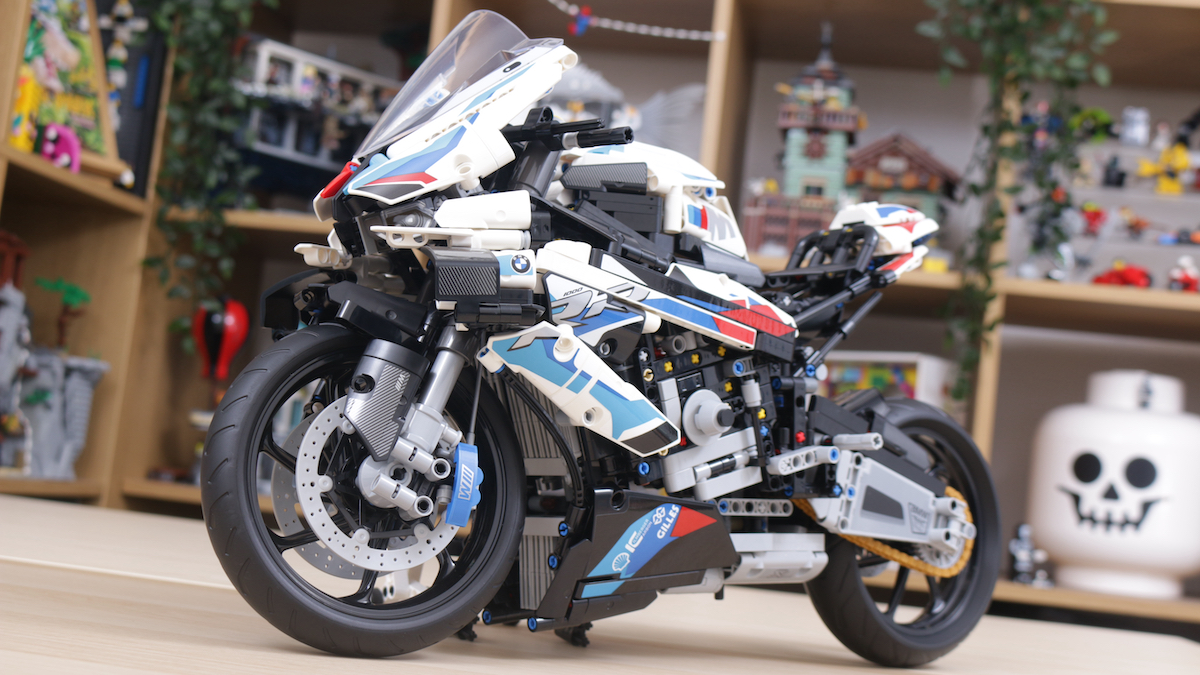