The LEGOLAND Discovery Centre in Melbourne welcomed 20 families with children who are blind or have low vision to try out LEGO Braille Bricks, which have just arrived in Australia.

The LEGO Foundation has teamed up with Vision Australia to launch the new range. It aims to teach children about braille and how to use it from a young age. Each LEGO brick has raised bumps to correspond to a letter from the braille alphabet, with printed letters on the side so blind and visually impaired children can play and learn alongside sighted friends and family.

“We were thrilled to be able to introduce LEGO Braille Bricks to so many of our clients here at LEGOLAND Discovery Centre today,” said Ron Hooton, CEO of Vision Australia. “Braille is vital in supporting children who are blind or have low vision to develop literacy skills, and LEGO Braille Bricks are a great way to expose children to braille at an early age.”

During the event on April 14, the LEGOLAND Discovery Centre celebrated the Braille Bricks coming to Australia for the first time, launching there alongside 12 other countries. The range was already available in the UK and several other countries prior to this.

The children and families invited to the event were able to play with the new Braille Bricks, as well as explore the other attractions at Melbourne’s LEGOLAND Discovery Centre, like the LEGO model of Melbourne, various building zones, and the 4D cinema.

“We are proud to host Vision Australia today to support the Australian launch of LEGO Braille Bricks,” stated Kieran Jiwa, Master Model Builder at LEGOLAND Discovery Centre. “One of the foundations of LEGO is helping kids learn through play, so it’s amazing to see how this project is helping children who are blind or have low vision learn braille in a playful and engaging way.”

Although LEGO Braille Bricks are not on sale to the public, they will be given to schools and other educational institutions where blind and partially sighted students are learning braille. In countries around the world, the range has been received well, with one teacher saying it helps children to avoid making mistakes, and also being shortlisted for the 2020 Design of the Year Award. 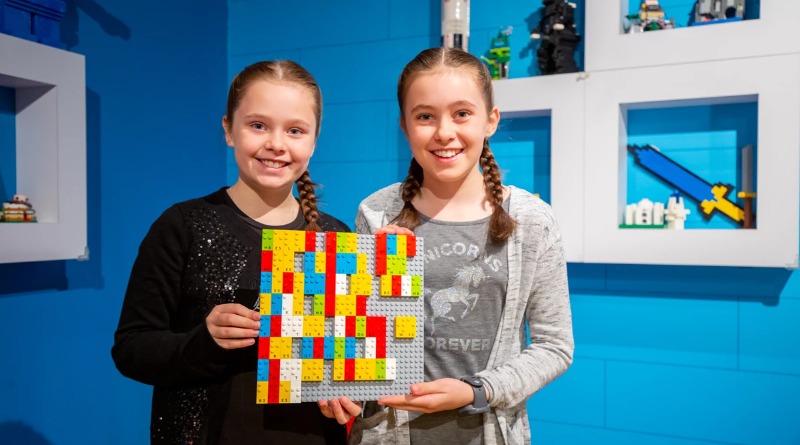