Those wanting to plan where to place LEGO for Adults 10294 Titanic, or just don’t have the space but love the ship finally have a miniature solution.

Continuing his aim totransform massive LEGO models into smaller, handheld builds, Tiago Catarino is tackling the enormous LEGO for Adults 10294 Titanic with a mini model that manages to keep the most important details.

As one of the biggest LEGO models of all time or the largest not in order of piece count, 10294 Titanic is an undoubtedly massive set with 9,090 bricks. That size might make it difficult to plan where it should go in your home. Thankfully, this mini Titanic from Tiago Catarino can help you see what it would look like with the help of forced perspective.

Using only 56 elements, the small ship model scales down the 135cm long 10294 Titanic to measuring barely longer than a finger. The method to build it is explained in video form with a step-by-step tutorial guiding you through the process.

When compared to the LEGO for Adults set, the true size of 10294 Titanic is put on display, with even the interior recreated in the cross-sections, where the creation can split apart to show you the interior.

The ex-designer has given us a first look at LEGO for Adults 10294 Titanic ahead of the launch of November 8, with pre-orders live on November 1. Tiago has even been referenced in the model after pitching it before leaving the LEGO Group. 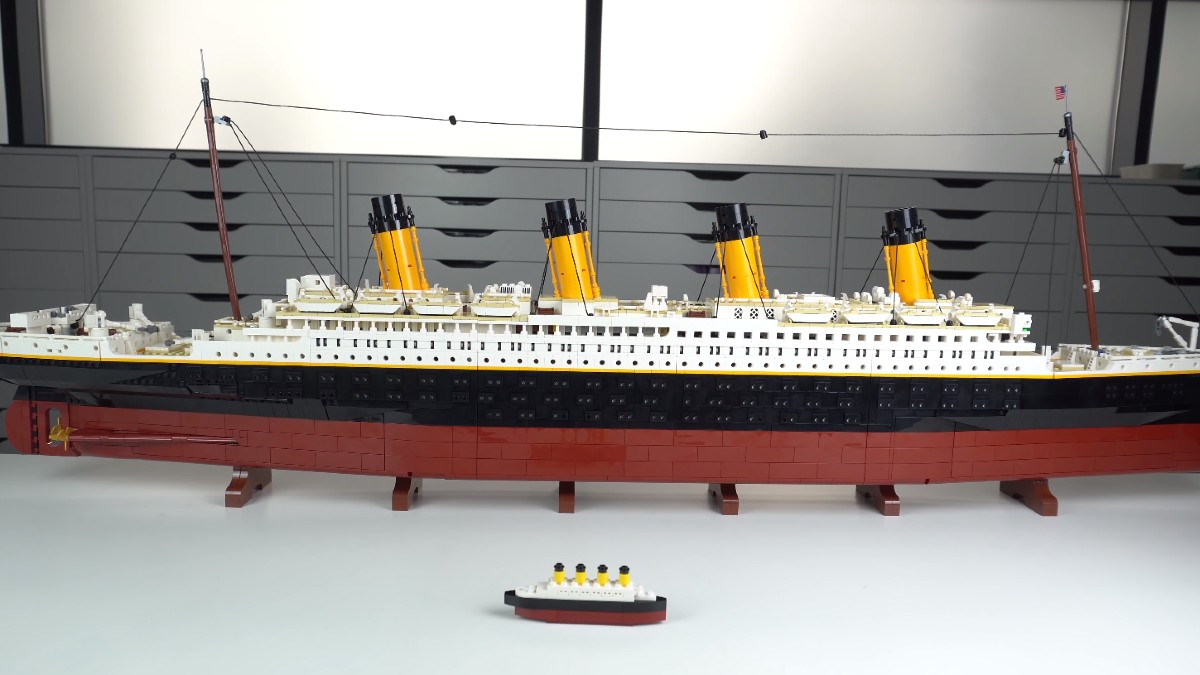