More details have surfaced on the rumoured LEGO 76196 Marvel Advent Calendar, and it sounds like Infinity War fans are in for a good time.

That’s because – according to Instagram user lego_club_news – the first superhero-themed calendar will include not just the minifigure-scale Infinity Gauntlet originally produced for 2018’s 76107 Thanos: Ultimate Battle, but all six Infinity Stones.

The tiny jewel-like elements have so far been spread across multiple Marvel sets, in a not-at-all-cynical move to get us to buy more and more LEGO. But they’ve apparently now been out in the wild long enough for the LEGO Group to bundle them all into a single set, which is good news if you’ve avoided the likes of 76131 Avengers Compound Battle until now.

Initial rumours around 76196 Marvel Advent Calendar claimed that the set will also include Thanos himself, but given the size of LEGO advent calendar doors it seems unlikely to be the bigfig that can wield the Infinity Gauntlet.

Instead, we’re probably looking at the minifigure version packed into 76141 Thanos Mech and 76170 Iron Man vs. Thanos, so you’ll need to cop this summer’s 76192 Avengers: Endgame Final Battle if you want a Titan capable of interacting with the gauntlet.

Lego_club_news also reports that 76196 Marvel Advent Calendar will include a buildable drone from Spider-Man: Far From Home, and a 1×1 circular tile printed with Tony Stark’s Arc Reactor. That brings the total number of rumoured minifigures and builds up to 15 total (or 16, should the Arc Reactor get its own door, but that would be pretty lame).

76196 Marvel Advent Calendar is expected to arrive in September for €29.99. Stay tuned for more on this year’s annual Xmas sets as we get it. 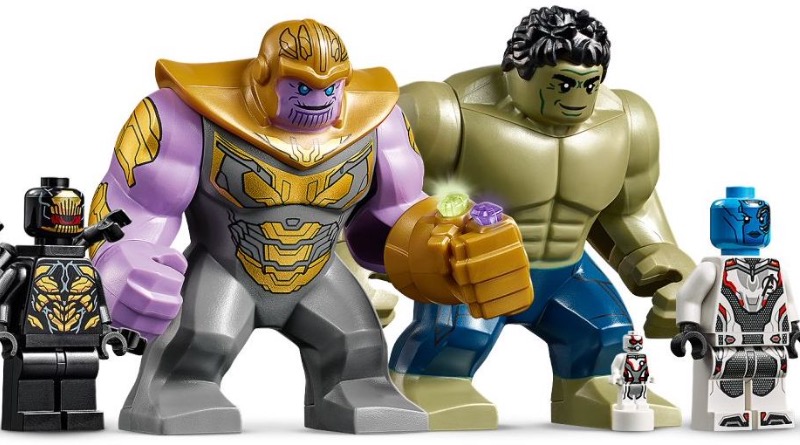