A certified LEGO store has revealed further images for LEGO 40491 Year of the Tiger, following the blurry pictures revealed earlier in November.

Great Yellow Brick, a South African certified LEGO shop that can be navigated to via the official online store, has revealed two new images for 40491 Year of the Tiger that has already been unveiled thanks to a blurred look on a series of declaration of conformity documents. The pictures can also be found on the store’s Facebook page.

LEGO 40491 Year of the Tiger is the annual depiction of a Chinese zodiac animal with 2022 celebrating the tiger. Like 2021’s 40417 Year of the Ox, which we reviewed in full, the build depicts a caricature of the animal on a colourful base with floral elements.

The creature itself is made up of mostly orange, white and black bricks in a striped pattern replicating the look of the real animal, but with a pair of large eyes topped with thick eyebrows.

The certified LEGO store is currently offering the set as a gift with orders of R1500 or more, which is just over £70. The last zodiac model, 40417 Year of the Ox, was also officially available as a GWP at the start of 2021 with purchases of at least £85 / $85 / €85, meaning this may be a sign that 40491 Year of the Tiger will follow that pattern. However, this has not been officially confirmed by the LEGO Group just yet.

For those wanting a more lifelike recreation of a tiger, LEGO Creator 31129 Majestic Tiger will be available from January 1. 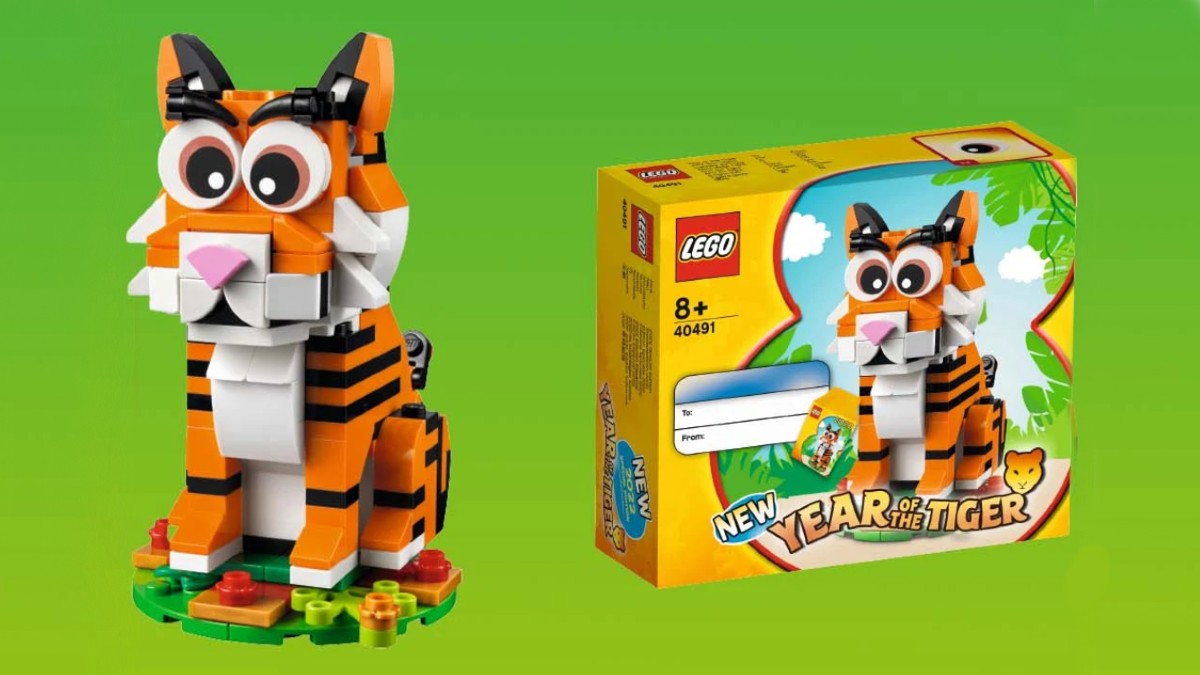