A recent LEGO Ideas poll to vote for what the 150th LEGO BrickHeadz set would be was revealed today in the 164-piece shape of 40539 Ahsoka Tano. However, the ex-Jedi isn’t the only new build to be added to the line-up of forthcoming LEGO BrickHeadz sets due in 2022.

The LEGO Group has also confirmed that three more additional models will be launched alongside 40539 Ahsoka Tano on January 1. Two of the LEGO BrickHeadz sets are animal-based, while the third celebrates Chinese New Year.

Inspired by the traditional Chinese lion dance, this model features a colourful LEGO BrickHeadz set with moveable mouth. Also included are two drums, a red lantern and a display base.

This set includes a St. Bernard and puppy, complete with fashionable pink collars. The happy canines have their tongues hanging out and a green bush completes the display.

Another two-dog pack, this set includes super cute versions of a French Bulldog and puppy, both wearing blue scarves. The display also includes a red fire hydrant, possibly for if the pups need to go in a hurry…

All four new LEGO BrickHeadz sets will be available to purchase when they’re released on January 1. 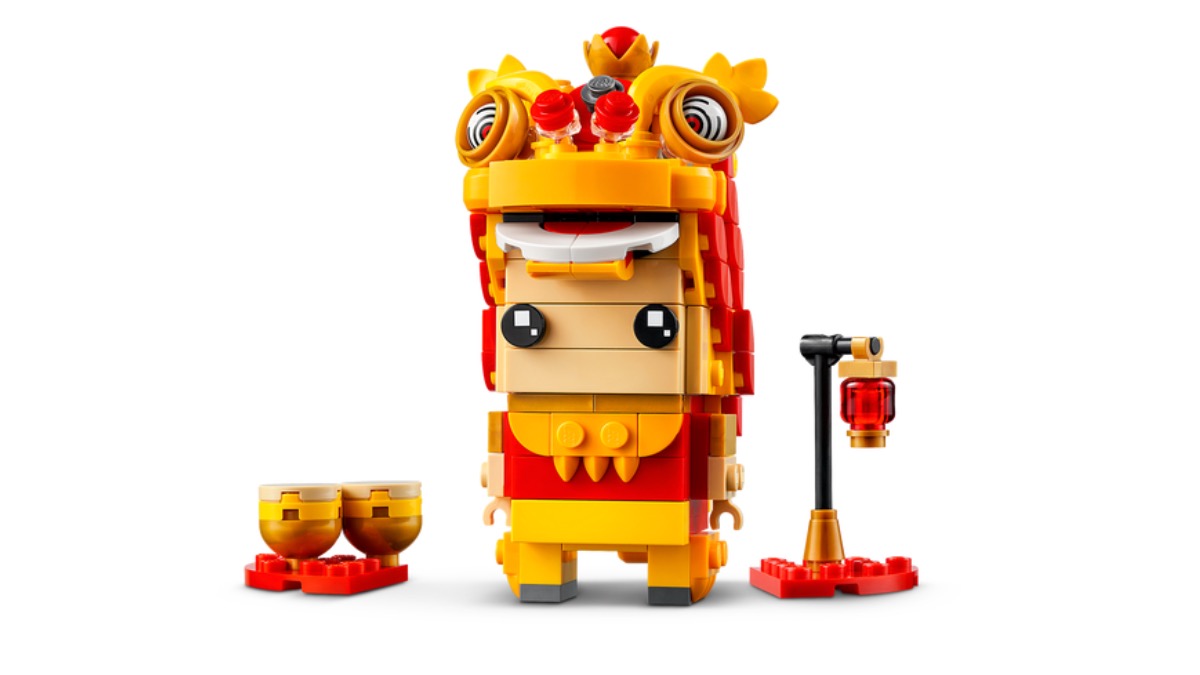