More LEGO Disney sets are on their way later this year as the official online store reveals the future of the theme with further fan-favourite characters to come.

Two new LEGO Disney sets have been added to LEGO.com, split between the Storybook Adventures subtheme and the more usual style of models. The first of these is 43193 Ariel, Belle, Cinderella and Tiana’s Storybook Adventures and you’ll never guess which characters it includes.

All four princesses are included, making this the first LEGO Storybook set to include more than one Disney Princess story. The main build is a castle within a small bridge and rooms inside, and characters such as Lumiere and a new LEGO Gus are also included to populate the pages of the book.

The other LEGO Disney set listed on the official online store is one that you won’t find in any fairytale, with two fan-favourite princesses teaming up for a day at the ranch.

43195 Belle and Rapunzel’s Royal Stables includes 239 pieces and two mini-dolls, as well as two horses to stay at the stables. A stained glass design sits at the top of the building, with a golden horseshoe wrapped around it.

Several accessories come with the set to pamper and care for horses and some stickered designs may find some use by older LEGO Disney Builders too. Both builds will release on August 1 on the official online store. 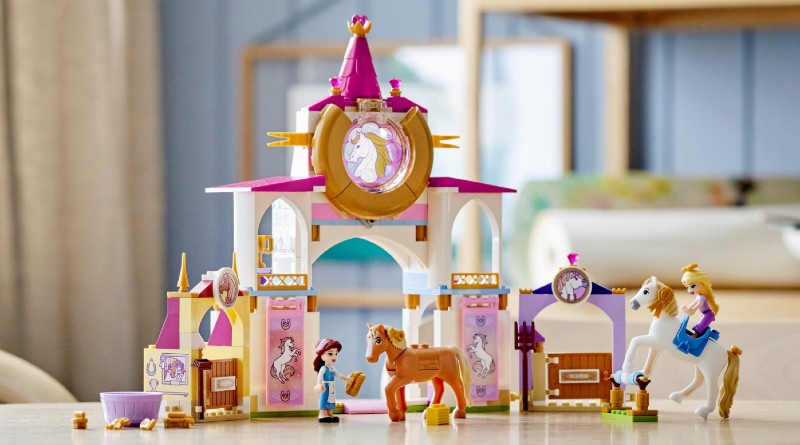