The ex-commander of the International Space Station tweeted two photos of the 2,354-piece ode to real-world space exploration: one before building, and one after. Seeing all of the set’s 19 bags laid out really brings home just how much plastic has gone into recreating the Discovery, which also includes a gloriously shiny Hubble Space Telescope.

Before turning his attentions to the stars, Hadfield spent a quarter of a century serving as a fighter pilot for the Canadian Forces. He then went on to fly two Space Shuttle missions, STS-74 and STS-100, becoming the first Canadian to walk in space. He’s now retired, but clearly hasn’t lost his affinity for all things space exploration – and the LEGO Group has filled that need nicely.

If you’d like to join Hadfield on his brick-built journey into space, you can pick up 10283 NASA Space Shuttle Discovery from LEGO.com right now. If you order before April 20, you’ll also earn double VIP points – equivalent to £17 / $20 / €18 in rewards vouchers to spend on future purchases. 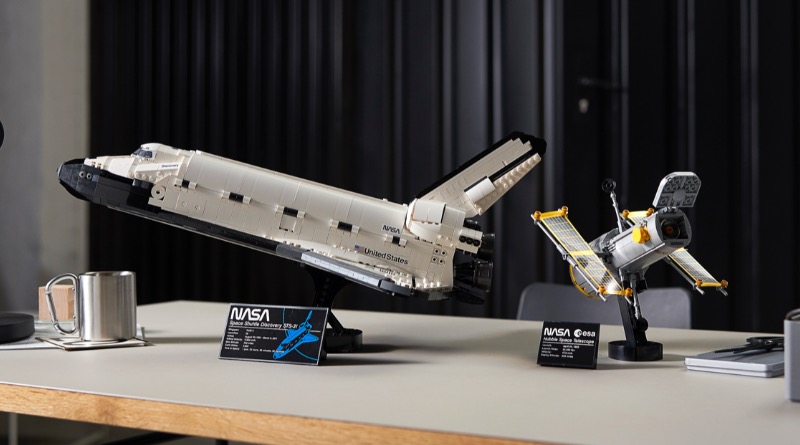