Rogue One gave us Darth Vader in action like he’d never been seen before and now the epic scene has been depicted in LEGO bricks.

Darth Vader has captured Star Wars fans hearts and imaginations since he first stepped onto screens in 1977, but the special effects of the 70s don’t always match up to how powerful the character really is. However, Rogue One showed audiences exactly what Vader was doing moments before Star Wars: A New Hope in an eye-catching action sequence.

LEGO YouTuber hachiroku24 has now recreated the very same scene from LEGO bricks, complete with the red lighting that made it so visually impressive. In various stills, you can see Darth Vader wipe out an entire corridor of Rebel Troopers, using transparent pieces to emulate his signature force choke.

The LEGO Group has also been showing some love to one of the most iconic characters of the Star Wars films, with the recent release of 75296 Darth Vader Meditation Chamber, which had been on the cards for years previously. See our review of the set here to get a better sense of how the recent treatment of Vader shaped up. 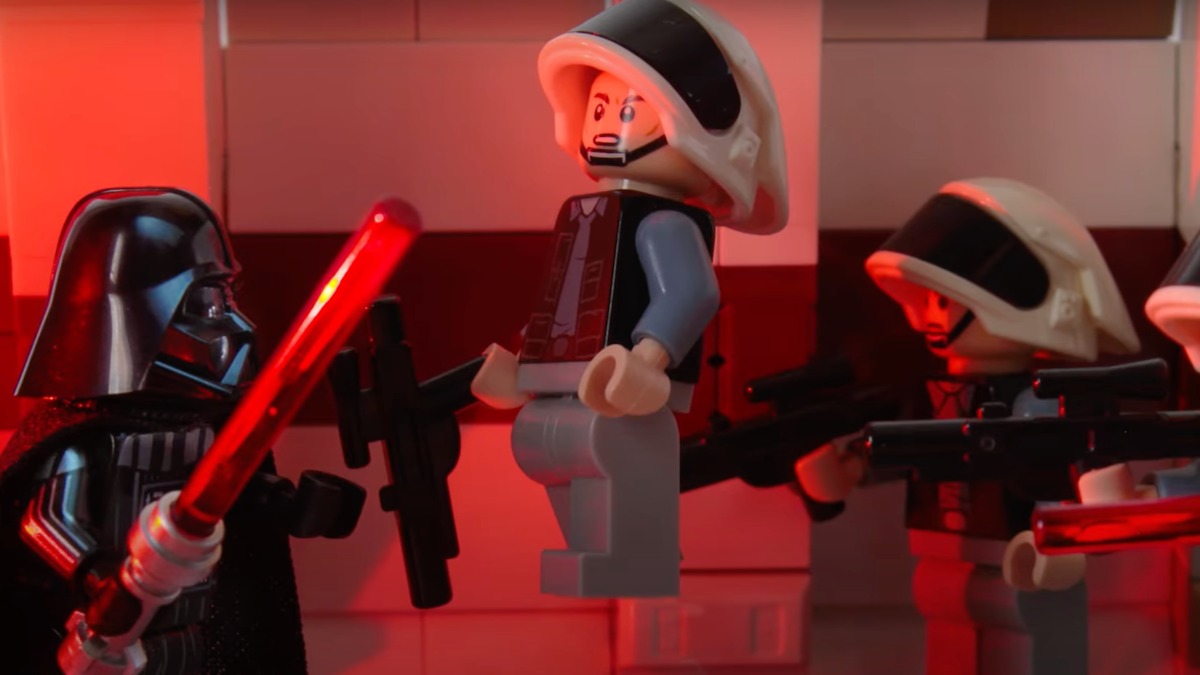