A bumper crop of huge, exclusive LEGO sets are due to retire by the end of 2021, so here’s six more to prioritise during the current double VIP points promo.

We’ve already tackled seven must-buy sets that will be leaving shelves this year – at least according to Brick Fanatics’ sources – but that’s really only the tip of the iceberg. Swathes of exclusive and in-demand products are approaching the end of their LEGO life, making the months ahead your last chance to grab them before they’re gone for good.

But if any of those sets are in stock right now, you could be looking at basically the best remaining window to buy them, because LEGO.com is currently offering double VIP points across its entire range – equivalent to 10% cashback to spend on future purchases (and, therefore, an effective 10% discount).

From Star Wars and Creator Expert to Technic and Disney, here are six more sets to bump up your wish list while you still have chance.

While 80010 Demon Bull King’s Monkie Kid counterpart, 80012 Monkey King Warrior Mech, will be sticking around until at least the end of 2022, the same can’t be said for the bad guy mech from the theme’s launch wave. At the time of writing, it’s slated to be gone by December.

This towering beast – which stands almost a foot tall – builds into an impressively huge set for just £74.99 / $89.99 / €79.99, and given Monkie Kid’s exclusivity at LEGO.com, you aren’t likely to see a better deal on it than double points.

The next modular building to vacate LEGO.com won’t be the much older 10255 Assembly Square, which debuted in 2017 to celebrate the subtheme’s 10th anniversary. Instead, 10264 Corner Garage will follow 10260 Downtown Diner to the great LEGO retirement home in the sky by December.

Whether you’re just looking to complete your Modular Buildings Collection (and you should, because this set is massively underrated) or are hoping to invest in what’s almost guaranteed to be a money-spinner on the secondary market, don’t miss your chance to pick up 10264 Corner Garage while it’s still in stock.

It only released in September 2020, and has spent much of the past seven months unavailable through LEGO.com, but 75292 The Mandalorian Bounty Hunter Transport is already scheduled to go the way of the on-screen ship by the end of 2021.

Thankfully, it looks like the LEGO Group has managed to sort out the Star Wars set’s inventory issues for the time being, which means 75292 The Mandalorian Bounty Hunter Transport should be available to order as you read this. And with double points in mind, it’s really a better bounty than ever.

Coming in as the biggest CONTROL+ set to date, 42100 Liebherr R 9800 Excavator is a true titan of Technic in every sense of the word – but it won’t be around for much longer, as the 4,108-piece set is destined to retire by December.

With enough Powered Up components in the box that the bricks are effectively free, this is technically a bargain at the usual VIP rate, so throw in double points and you’re laughing. Unless you miss out altogether, of course…

While 71040 The Disney Castle will survive beyond 2021 into its seventh year on shelves, Brick Fanatics’ sources say 71044 Disney Train and Station – originally released in 2019 – won’t enjoy the same longevity at LEGO.com.

If you haven’t yet picked up the LEGO Group’s sophomore tribute to the House of Mouse, you’ll want to do so before December, when the 2,925-piece set will make its final journey from LEGO.com. This train terminates here, and so on.

This Stranger Things set is possibly one of the most unusual ever to come out of Billund – but it’s also up there with the best, distilling the very essence of the Netflix smash hit into a single, imaginative display model. Unfortunately, it’s also one that’s due to retire by the end of the year.

Even if you’ve never watched the adventures of Will, Eleven, Hopper and company, there’s plenty to delight even the most experienced LEGO fan here. And by the time you’re done, you’ll be more than ready to binge all three seasons. Just don’t miss it.

Remember, end-of-life dates are usually in flux rather than set in stone, so any of these sets could technically be pushed back into 2022. But at the time of writing, they’re all scheduled to retire this year – so it’s really just a matter of whether you want to risk missing out. Add double VIP points into the equation, though, and the decision should hopefully be a whole lot easier…

You can support the work that Brick Fanatics does – and allow us to keep you updated on future retiring sets – by picking up your LEGO sets using any one of our affiliate links. Thank you! 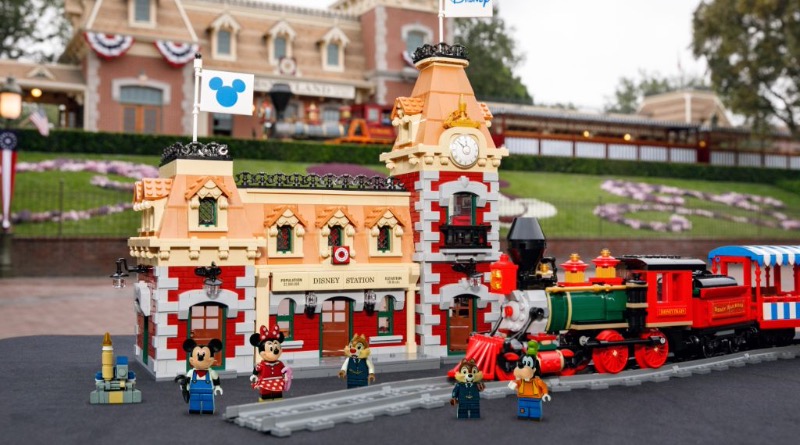