The latest LEGO flagship store is now open in Barcelona and visitors to the grand opening have given us a sneak peek at the interior.

Announced earlier in September 2021, the most recent flagship LEGO store to open under the new retailtainment concept was revealed to be in Barcelona, possibly to time with the release of LEGO for Adults 10284 Camp Nou – FC Barcelona.

The LEGO Group decided to mark the grand opening by smashing a colourful brick-built plate outside of the store, with the video then being uploaded to Twitter. The design of the giant model featured distinct patterns of orange, white and blue.

A closer look at the inside of the store was showcased by Twitter user Laia Romagosa Ponce, who was able to attend the opening of the flagship location, revealing how elements of the design closely resemble that of the New York shop such as the multicoloured tree and minifigure head displays.

Aside from those similar aspects, unique patterned models feature throughout such as on the base of a 3D mosaic. A build for a skyline and palm tree can also be seen in the fourth image, adding to the unique creations that can be found at the Barcelona flagship LEGO store.

Any VIP members visiting will be able to earn the free Harry Potter 40452 Hogwarts Gryffindor Dorms (review) and 5006890 Rebuildable Flying Car with a €100 spend on LEGO Harry Potter sets and €120 spend on anything respectively. 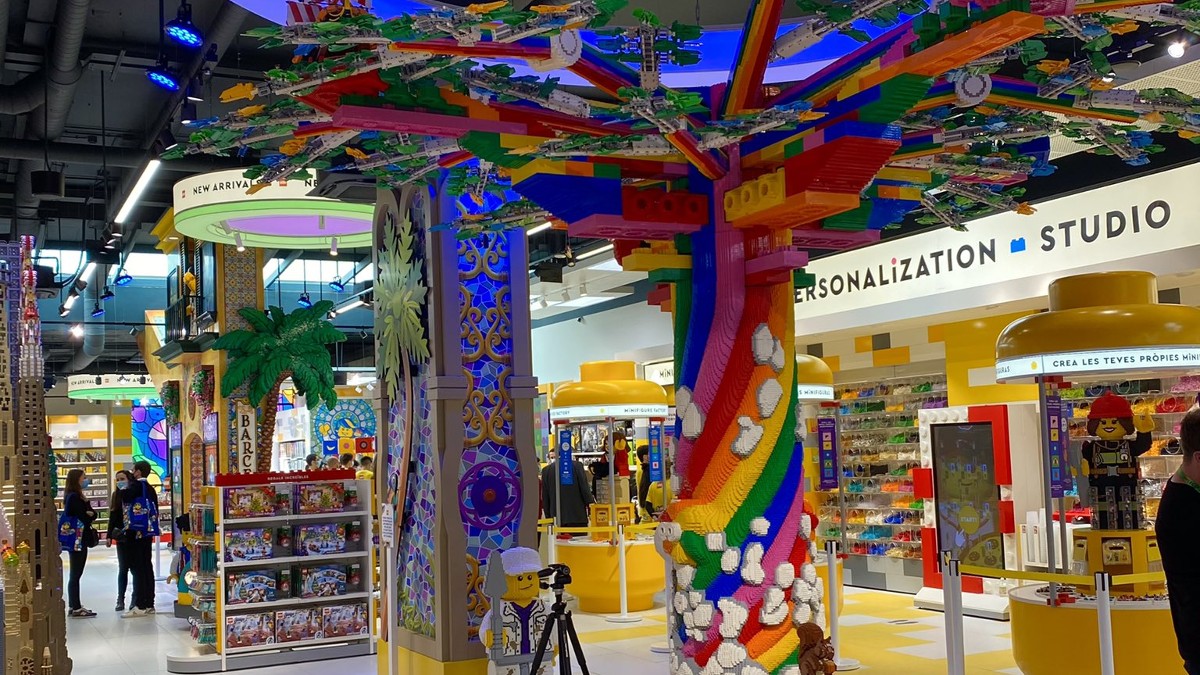