The LEGO Group have partnered with Universal Pictures and Illumination for a new animated video, filling in the gap before the release of Minions: The Rise of Gru.

Although their next cinematic adventure has been delayed until summer 2022, builders can relish the fact that the Minions have introduced themselves into the world of LEGO Animation, but not in the way you might think.

The LEGO Minions may have their own minifigures but they are notably missing from the new video, which you can watch for yourself below. Instead of using them and the multiple Kung Fu sets – including one released very recently – as part of the animated promotion, the LEGO Group have instead decided to take inspiration from 75551 Brick-built Minions and their Lair.

The loveable yellow characters are unsurprisingly the star of the show as the Minions partake in a martial arts orientation activity – breaking a wooden board. As you might expect, things go quickly out of hand but we won’t spoil the video for you here.

Notably, the animation does present two designs of brick-built Minions that we have yet to see in an official set, including one with spiked hair and another of a wider shape. These might be teasing a second version of 75551 Brick-built Minions and their Lair to finish the roster of LEGO characters. However, nothing more has been confirmed on the future of LEGO Minions at this time.

The LEGO Minions sets are now available after some delays to allow them to tie in with the release of the new movie, even though it was unfortunately delayed to July 2022. For those of you wanting even more Minions action, 30387 Bob Minion with Robot Arms is available from June 24 to July 11 at the official online store for free with all LEGO Minions purchases of £40 / $40 / €40 or more. 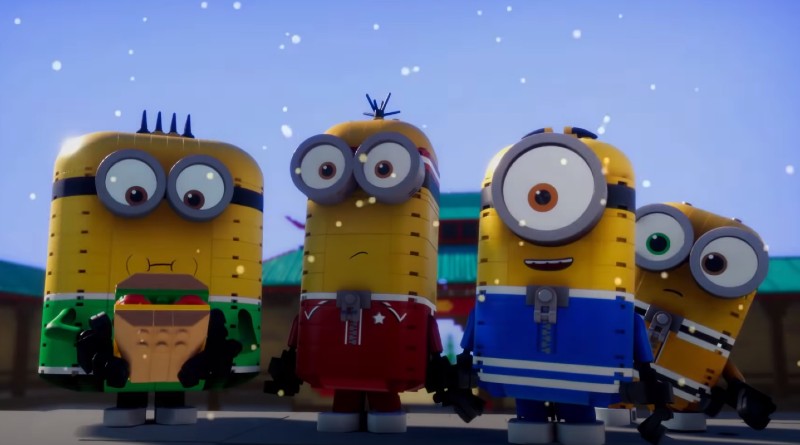