21326 Winnie the Pooh follows in the footsteps of LEGO Ideas sets before it by including two very specific references to its fan designer.

Ben Alder is the man behind the successful LEGO Ideas project that’s led to the newly-revealed 21326 Winnie the Pooh. He published his original proposal to the crowdsourcing platform in March 2019, and by August had racked up the 10,000 votes necessary to advance to the review stage.

Six months later, the LEGO Group announced that Alder’s concept had been given the green light to become a future Ideas set, alongside Clemens Fiedler’s 21325 Medieval Blacksmith. And just like that set included a couple of nods to Fiedler, so too does 21326 Winnie the Pooh tip its hat to its original creator.

The LEGO designer responsible for transforming Alder’s pitch into an official set has now revealed both of those references in a new video over at the official LEGO YouTube channel. You’ll find the first on the inside cover of a book of Winnie the Pooh stories, which uses a sticker inscribed with ‘Ben A.’

The second, meanwhile, can be found inside Pooh’s home. According to LEGO designer Ilia Gotlib, the painting of two bees (a sticker applied to a 2×2 round tile) is a direct reference to Alder’s two children. The fan designer told the Ideas team last year that he built the model so that his kids could ‘bring to life our bedtime stories’, so he’ll no doubt be happy to see them recognised in the official set.

Click here to find out everything you need to know about 21326 Winnie the Pooh, including its release date, price, piece count and even how long it takes to build. 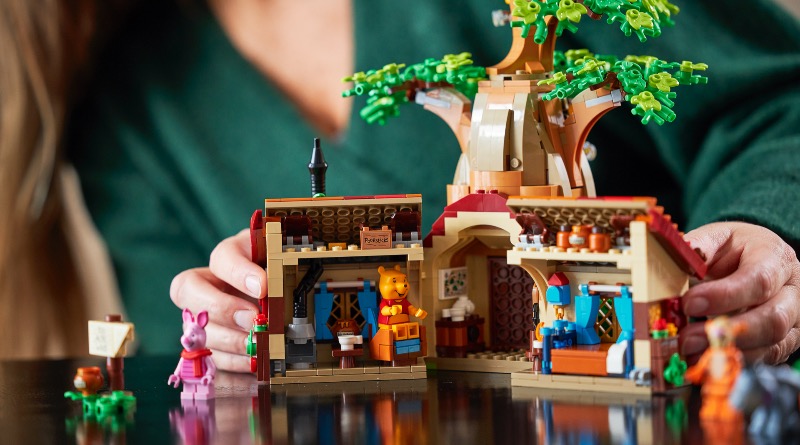