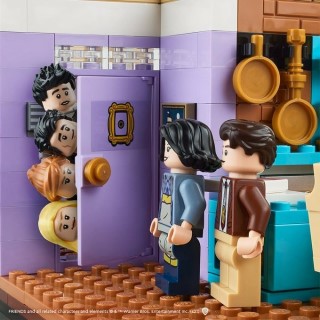 LEGO has just teased a Friends set on Twitter. No, not another minidoll Friends one, but one based on the TV series Friends…

It appears to show four of the cast peering round the door of someone’s apartment. I am sure those of you more acquainted with the series than I (I’ve never watched an episode) will recognise the scene.

Could you BE more excited for another set based on the sitcom?