The designer video for LEGO 10292 The Friends Apartments has been released, taking us behind the bricks of the sitcom set and its many references straight from the people who made it.

Following the wide release of 10292 The Friends Apartments, the LEGO Group have made the accompanying designer video, following a string of similar releases on their YouTube channel. Andy Grubb is the man behind this model and takes centre stage in the video to share some insight and secrets in the build.

Andy lists some of the Easter eggs that Friends enthusiasts will be able to spot, but we’ve got our own list if you’d like to know some of the best to expect and others that could have been included too.

The popularity of 21319 Central Perk is noted too, and it’s unsurprising to hear that this one of the reasons that the LEGO Group decided to pursue a larger model. It’s also mentioned that the designer for the first Friends set made the original concept for this model, keeping some consistency between the two.

“I think my favourite thing that we got to build was Gladys Phoebe’s terrible 3D painting,” comments Andy Grubb. “Fans will know that Gladys is at least partially made from a mannequin and actually doing a mannequin and having people identify it [as one] as opposed to a living minifigure actually brought us a bit of challenge.”

LEGO 10292 The Friends Apartments is available now and we’ve got a thorough review of the new model for you to dig into. Those of you wanting to catch up on the previous Friends set can pick up 21319 Central Perk with a free themed coffee mug GWP now too. 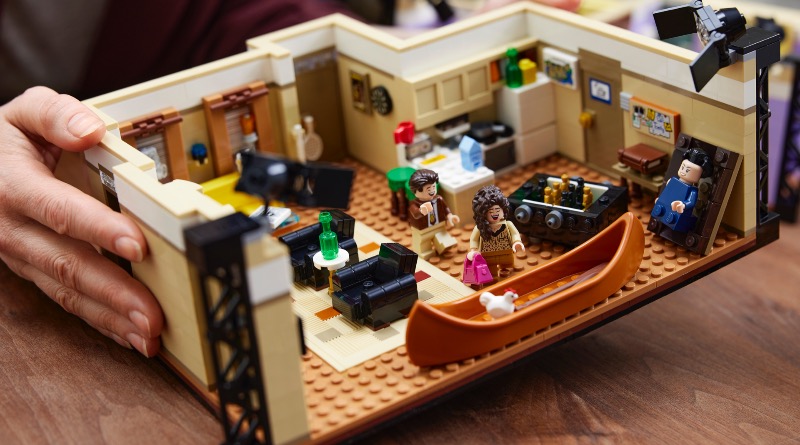