First details for the rumoured LEGO Titanic set have surfaced including the size, release date and price of the potentially massive model.

A new report for the long-rumoured LEGO Titanic build has appeared online thanks to lego_club_news on Instagram. If true, this could be easily the largest official LEGO set to release, beating that of 10276 Colosseum and even 31203 World Map.

Whilst nothing has been officially confirmed by the LEGO Group, the Instagram user is stating that the model, apparently titled 10294 The Titanic will include over 12,000 elements, overcoming 31203 World Map’s 11,695 pieces.

Despite that enormous size, no minifigures are listed as included. Remember to take any information present as part of the rumour with the usual pinch of salt until an announcement is made.

The report lists a price of $629.99 for the big build, which roughly translates to just above £450 and about €530. Of course, the actual regional costs could be much higher depending on what is included in the rumoured set.

According to lego_club_news, 10294 The Titanic is charting a course for release in October or November, which could mean an expensive month for shoppers with other October models including 71395 Super Mario 64 Question Mark Block and 42131 App-Controlled Cat D11 Bulldozer.

Treat this rumour with the standard amount of caution and we’ll let you know if it turns out to be true as soon as we find out more about the reported LEGO Titanic tribute. 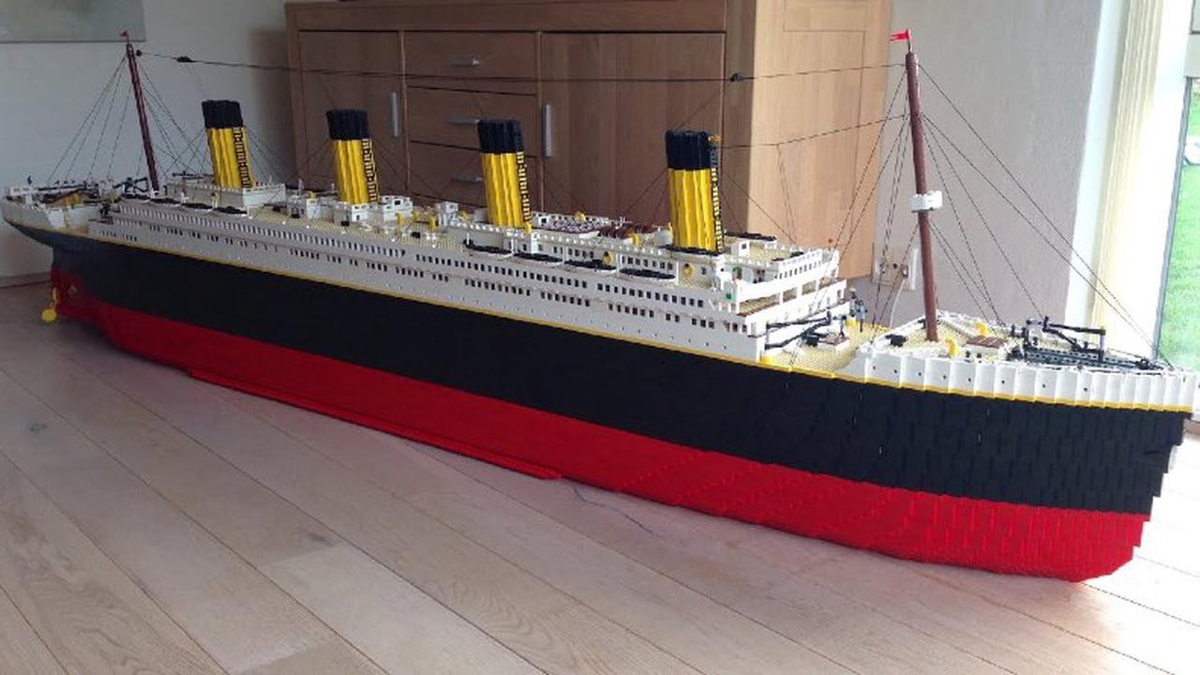